Sometimes taking up a different turn increases the ecstasy while travelling, making the journey worthwhile. Certainly, Goa is one of those destinations that will let you get across the most explicit experiences of your lifetime. Considered by all Goa tour packages, this place is a treasure full of great experiences and places to visit.

Situated on the Western shores of India, this is a little piece of paradise offering an appreciable mix of different cultures, lifestyles and food preferences. You can spend a lot of your time in the sunshine on beautiful seashores and take up various interesting activities. A Goan exploration would bring you a collection of great experiences to cherish. Before you actually start off for your explorations of the gorgeous countryside, knowing the place some more would ease your journey further. Also, you would be able to plan events better than ever attracting meaningful experiences.

Some Interesting Things To Know About Goa

There are hardly any travellers who are unaware of the amazing travel experiences offered in Goa. While you may already have a slight idea of the elements you’re going to come across, there are still facts about this place that you may not know. However, knowing these before you reach here would be helping you a lot. Some of them include

The Stunning Mansions in Goa

Goa has a lot more in the store apart from the sun, sand and the sea. Wherever you look around in Goa, your eyes are likely to come across beautifully laid gigantic old mansions. There are still many old buildings that once belonged to the reputed families struggling during the Portuguese take over in Goa. Many of them would be allured with the Portuguese colours and tile work and Goan furniture. Most of these mansions had been either turned down or transformed into hotels. Once you reach here, observe the architectural styles well enough, you’d surely find them mesmerizing.

The Artful Presentation of Local History

Museums and art galleries in Goa portray the various aspects of life in the state. One of these attractions is the interactive Museum of Goa based on Goa’s Pilerne Industrial Estate, bringing the historical events in the state to life; the museum features various interesting elements within the permanent exhibition of contemporary art. There are also spaces for other temporary exhibitions, an auditorium, art studios, a sculpture garden and a lot more interesting activities to take part. The annual Affordable Art Fest held here is also worth attending.

While you could easily find an old church in every village of the state, there are also many temples and ancient caves intricately designed that could add up to the best of explorations. The Tambdi Surla Temple in Bhagwan Mahavir Sanctuary could be considered as one of the best temples visited. Situated in the foothills of Western Ghats, this temple was known to be built in the 12th century. This temple predates the oldest Goan church built over 3000 years back. Also, its architectural style is similar to that of the Lonar Temple in Maharashtra and Hoysala Temples in Karnataka.

Home to some of the friendliest locals, this quaint little island allures the serenades of various lovely migratory birds and gently flowing backwaters. This is one of the best offbeat explorations in Goa. You may explore the Old Portuguese neighbourhoods and towns with the friendliest residents, letting you in. The best here would include the aerial views of Goa’s skyline, the lush hills and other natural elements that allure the place.

The traditional Goan bread has had an important place in the lives of people here, available every day on the breakfast platter. But no pleasure could equalize the one of being served with freshly baked Poi at a traditional Goan bakery. You may also come across several other interesting facts about these earthen bakeries. Apart from other cuisines in Goa, this would be one of the most considerable experiences.

Along with Christmas, there are many more Christian festivals that are celebrated in Goa. These are generally celebrated during the monsoon season. The Sao Jao festival for example is celebrated on June 24th. This is known to be the fertility feast of Saint John the Baptist. During the festival, men jump into overflowing village wells in order to retrieve the bottles of feni. Similar fests of Saint Peter and Saint Paul are held on June 29th featuring river rafts with people performing plays and singing songs.

Among the many forts in Goa, this is considered to be the oldest. This is a military outpost, built by Yusuf Adil Shah, the Sultan of Bijapur. Despite its strategic position in the River Mandovi, it was unable to keep Goa from invasion. This fort was later developed in 1551 by the Portuguese in order to defend their capital in Old Goa. It has been enlarged several times and then was reconstructed completely in 1707. This fort was however of no use once the Portuguese shifted to Panjim. The fort also served as a prison later in the 1900s with over 100 freedom fighters held here. It was then abandoned in 1993. This could be a great exploration when you’re on your trip from Pune to Goa by car.

Jazz music has long been an important part of the Goan lifestyle. Under the Portuguese rule, people here learned Jazz and several other western styles of music which were later infused into Bollywood. The elegantly settled, century-old Gonslave-Mansion is known to be the House of Jazz in Panjim. There are also many live Jazz jamming sessions that could be attended if you’re a die-hard music lover. There are also several Jazz festivals held in Goa that are worthwhile. These Jazz nights are also a relevant inclusion in Goa’s lovable nightlife.

You would find some of the best markets in the world in Goa. If you are good enough at bargaining, you’re going to find some unique and interesting stuff very easily here. The Anjuna Flea market is one among those. Wednesdays are the best to arrive here and get your shopping stuff done. There are amazing food stalls, clothes, jewellery and a lot more.

You could have a never-ending list of things to be done in Goa & get a list of places in Goa where you stay. Moreover, the above-mentioned one would let you keep up your plans perfect and get through some of the most worthwhile experiences. Get your Goa tour packages now. 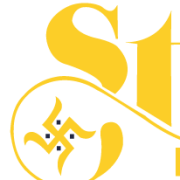