There is no end to innovation in technology, and the primary benefit of technology is that it has simplified everyone’s lives.

And has also made businesses accessible anytime and anywhere within the comfort of your home and at your fingertips.

Be it an average smartphone user or a person who keeps engaged with his phone the entire day.

It is sure that software has been a vital part of the continuous evolution in technology.

Software is essential in digitizing a business, boosting sales, and generating revenues.

And when talking about software, it is also essential to develop an application that not just fulfills the client’s requirements and business needs.

But also should be the best in terms of quality and performance.

To ensure the quality and performance of the software, testing of the application plays a vital role in the software development process.

Software testing or Quality Assurance is the penultimate step before the deployment of software.

It ensures that the final product that is developed is error-free.

And also checks if the outcomes match the expected results or not, aiming to deploy and deliver top-notch software to the client.

Although there are multiple benefits of software testing and quality assurance.

The above stated are the primary goals of why it is an important part of the software development process.

Additionally, there are multiple variations of software testing which rely on several criteria of the development process.

And also the technology stack that you choose for the development of the project.

The primary variations of software testing are –

Later in this article, we will be providing you with a detailed description of the two primary types of software testing along with their pros and cons respectively.

This will help you with your next software development project.

It is the traditional or the classical method used for software testing, to find bugs, glitches, and loopholes in the software.

This method of testing is conducted by an experienced tester who checks and evaluates every feature of the software manually under several parameters.

Along with all the tiniest details of the app and ensures the application is up to the mark and even better as described by the client.

In this method, the tester generates test reports of a given application without the use of any automation tool.

The manual testing method holds a high position when the product is developed to come in direct contact with users.

The devices like mobile phones, earphones, smartwatches, laptops, and many more and is required to be tested in the field to be approved for human use.

Additionally, there are different types of manual testing methods, which we have listed below for your reference.

Now that we have described what manual testing is, it is essential to know its advantages and disadvantages.

So that you can choose accordingly between the two testing methods, which will be beneficial for your project.

Furthermore, moving ahead with this article, we will be discussing the pros and cons of manual testing.

Pros and Cons of Manual Testing

The pros of Manual Testing are –

The cons of manual testing are –

Now that you have an idea of what manual testing is we will be discussing what automation testing is along with its pros and cons.

Automation testing is what the name suggests i.e. automates the testing process of an application with the use of tools.

The primary goal of performing automation testing is to reduce the testing time and additionally it relies on a pre-scripted test.

Which helps the quality assurance expert to ensure that the app is performing as determined before the development.

Some of the automation testing tools include Selenium, Silk Test, Ranorex Studio, Appium, LoadRunner, and many others.

Although, we know that automation testing automates the work but it still requires some manual efforts for creating the initial test scripts.

Pros and Cons of Automation Testing

Now that we know what automation testing is, let us also share with you the pros and cons of the same.

The pros of automation testing are –

So here we go.

Now that we know about the two primary types of testing methods along with their pros and cons.

let us also compare them both to help you understand and choose the best testing method according to your project.

From the overview mentioned above on both automated and manual testing, it is clear that –

Overall now that we have listed out the key differences between automation testing vs manual testing.

It should be clear to you now which method to choose as per the features and scalability of your project.

Additionally, both the testing methods are efficient and effective in their individual ways.

But the right decision will be using the right testing method in the right environment. 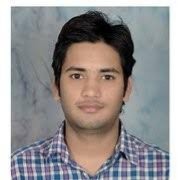 What is DevOps Engineering?

What Is a Data Scientist? Salary, Skills, and How to Become One?