Every person is born with certain rights, regardless of race, gender, nationality, color, religion, sexual orientation, or any other status. After horrible things happened during World War II, members of the United Nations came together to make the Universal Declaration of Human Rights. To promote and protect humans against human rights violations. But, unfortunately, you can see nearly every day horrifying examples of human rights violations like ethnic cleansing, heinous torture, child abuse, killings of men and women, and other things that go against human rights.

Even though the Universal Declaration of Human Rights was signed in 1948 and certain covenants were made for children, women, and the disabled, these crimes still occur. This crime is usually done by the government directly or indirectly or by people or groups. The American-African fight is a prominent example of this infringement. However, this blog will explore some of the worst human rights violations done in the world.

Human right has been violated since the time of apes. As a result, several cases of Human rights violations are reported daily. That is either caused by a governmental dispute or a fight against each other. Still, most of these violent cases are unreported. However, below are the top 10 worst cases of human rights violations that occurred worldwide.

The Lord’s Resistance Army (LRA), operating under the command of Joseph Kony, was formed more than twenty years ago. Initially, it intended to establish a theocratic state. The LRA maintains organizational cohesion through a mixture of violence justified by a cultic ideology. Which posits individuals outside the LRA as being impure and has to be deserving of death

Except for a few senior officers, almost everyone in the LRA is breaching the code of human rights violations. Since the early 1990s, the LRA’s leaders have forced people, especially children, to join the group. Girls and boys kidnapped are beaten into submission and sometimes forced to do horrible things to other people. They are also used as soldiers, cooks, porters, and spies. During the fighting, many children are killed or hurt. Others are killed because they refuse to do what they are told or try to escape.

Did you know what sterilization is? Well, it’s a process where surgical tools are used to stop someone from having children. Till 2014, it was still legal in Australia to sterilize disabled girls under 18 without their consent. Forced sterilization is legal and approved by the government of Australia. It is mostly done to girls, women, and people born with different sex traits or disabilities. The Convention on the Rights of Persons with Disabilities is an international human rights treaty that gives a basis for protecting the rights of people with disabilities and has specific articles on the issue of involuntary sterilization, helping women from being victims of human rights violations.

Every time a girl is arrested on a morality charge in Afghanistan, she is forced to have an invasive vaginal exam to test her “virginity.” Afghanistan has been a patriarchal country for a long time. Women’s rights have been taken away by cultural practices that have been popularized and made to seem moral. Because these customs are mostly about how women should act, Afghan women, face inequality of human rights violations daily.

One of the most dangerous things is “virginity testing.” Many women have to undergo painful tests at some point. The procedure involves a doctor or nurse putting two fingers into a woman’s vagina, often against her will and against her will. This is done to check if the woman’s hymen is still there. One might wonder why someone would make a woman go through an attack on her most private parts. The bad answer is that virginity tests are done to ensure that a woman has never been sexually active with a man.

During the Industrial Revolution, kids as young as six worked up to 19 hours a day in horrible, dangerous conditions for little or no pay. During most of the Industrial Revolution, it was common for children to work. Estimates show that in the early 1800s, more than half of the workers in some British factories were younger than 14. In 1870, more than 750,000 children under 15 worked in the United States. Most entrepreneurs hire children because they are cheap and can do a lot of work. However, just to save money, these industrialists have breached the law of human rights violations.

5. Slavery in the United States

Africans were brought to the American colonies and enslaved as property within a few decades. This was the start of more than two hundred years of slavery. Enslaved people who made their masters unhappy were beaten. The church told people that slavery was God’s will. Scientists “proved” that blacks were less evolved than whites, making them subspecies of humans. When the cotton gin was made in 1793, it made slavery even more important to the South’s economy.

By the middle of the 19th century, the growth of the United States westward and the growth of an anti-slavery movement in the North led to a national debate about slavery that helped start the American Civil War (1861-65). Even though the Union victory freed the country’s four million slaves, slavery has left its mark on American history, from the chaos of Reconstruction (1865–1877) to the rise of the civil rights movement in the 1950s. Unfortunately, however, this breaching of human rights violations of Americans over Africans is still happening in this world, as we have witnessed in the George Floyd case in recent years.

Around the world, the international sex trade is still a huge problem. People trafficked are often lured in by lies about good jobs and better lives. Women are especially vulnerable to trafficking because of the worldwide differences in status and opportunities. Human trafficking is a new form of slavery in which women, men, and children are forced to work against their will after being recruited or taken in. Trafficking victims often face physical and mental abuse, such as beatings, sexual abuse, not getting enough food or sleep, being threatened or their families, and being cut off from the rest of the world. All these factors lead to the case of human rights violations where men, women, and children don’t have their moral values.

Everyone is important, has value, and doesn’t deserve to face these human rights violations. However, by recognizing and respecting people’s human rights, we can show that we understand and value them for who they are. Human rights are a group of ideas about fairness and justice. They care about our freedom to make decisions about our lives and grow as people. They are about being able to live without fear, abuse, or discrimination.

Human rights are a group of basic rights that people from all over the world agree are important. These include the right to life, the right to a fair trial, the right not to be tortured or treated in any other cruel or inhuman way, the right to freedom of speech, the right to religious freedom, and the rights to health, education, employment, and a decent quality of life. 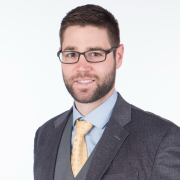