When we talk about cryptocurrencies, the revolutionary transformation it has brought certainly takes everyone off their seat. Now you can send money from one pole to another in a flash, or invest in growing Defi projects rather than keeping your money in saving accounts and get benefitted in manifolds. That’s why in one way or the other, cryptocurrencies and blockchain technology has revolutionized finance. Yet, a few scams like Ponzi, Mt.Gox, Bitfinex, and Binance often raise the stimulus in everyone’s psyche. Despite these categorical case analyses and live proof, the trust in cryptocurrencies has yet not diluted and people still buy Bitcoin (BTC). Most people would question this but the truth lies in these 5 key takeaways that have made them strong despite so much ruckus around.

An Imminent Future Painted in Cryptos

Cryptos are not just taken as a token of exchange rather something that could evolve and become the next big thing. The tokenization effect has lately picked up pace and tokenomics will be the next revolution in the coming years. Most of individuals have seen cryptos with the potential that was shown by the internet back in the ’90s. With that said, smart-contract powered cryptocurrencies will be driving many sectors like finance, healthcare, pharma, and education. Dapps are all set to revolutionize gaming, copyright protection, and trademarks.

Loss of Trust in National Banks

People have started showing doubts about Fed and Reserve Banks after the 2008 Global Economic Crisis. The Fed has been introducing monetary policies that have eaten up the value of money by increasing the inflationary pleasure. As a result of that, many countries like Argentina, Turkey, Zimbabwe, and African nations have adopted payment by cryptocurrencies since they do not depreciate as much as fiat is doing at the moment. On the other hand, banks are also charging hefty amounts for processing money from one account to another with an extended settlement period. Cryptocurrencies can easily do the same with almost 80% less cost and instant settlement. There was a case in which multi-million dollars were transferred from one account to another at the cost of just a few hundred dollars. This has created a lot of trust among people who wanted an alternate solution which is time-effective and extremely affordable.

People believe in keeping their details anonymous and not in the hands of a centralized authority for abuse by hackers. That being said, cryptocurrencies have given them this advantage to keep their financial information almost private. Though there were a lot of allegations that Bitcoin and other cryptocurrencies aid black-marketing and the dark-world via silk road, that is not the case since all the transactions can be tracked via the provenance feature delivered on the blockchain ledger. But when you juxtapose BTC and fiat, it is very hard to track how fiat moves in the dark world. As a result of such anonymous nature of fiat, people have started trusting cryptocurrencies more than fiat with respect to giving them the privacy of operations in financial tasks, yet not bringing the backlash attached to it.

Blockchain has supported interoperability and empowered many sectors like hospitals, logistics, corporates, gaming, and the music industry to evolve further. As the adoption is getting further intensified with time, the scope for its penetration further increases, as a result, it could lead to blockchainization of almost everything. Anything that has democratic demand is bound to rule the world. That’s what people are seeing when you talk about blockchain, especially, its use-cases in the supply chain where tracking and paperwork have almost been simplified by integrating blockchain technology in the operational schema.

Cryptosphere has been exploding lately whether you give credit to the Defi boom, Bitcoin-fork, or halving effects of BTC, the end result is traders are able to stake in a lot of cash. With such an approach, it is highly likely that cryptocurrencies will scale-up higher in the future. In the present period, where the stock market has been toppled by the coronavirus, a war-like situation in the Middle East, and falling petrol prices, cryptocurrencies like BTC, ETH, DAI, BTH have shown significant potential to yield lucrative returns. It is going to be a good investment haven for investors and this could help the cryptocurrency market to scale and reach for the moon.

Something derives its value from the problems that it can solve in the long run. Whether you talk of fiat or technology like the Internet, it significantly added value to the lives of individuals. The resultant outcome was increased adoption and a rise in its market capitalization. Similar is the case with cryptocurrencies that are being dissed yet people secretly praise the revolution potential they have and their power to bring about a complete transformation in roughly a few years down the line. Stock market franchise businesses model in cryptocurrencies are thriving on these sentiments and they will continue to experience the same with the rise in demand for cryptos.

Visit to: buy Bitcoin in India 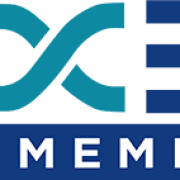