In present scenario, the Gothic style is fairly exploited in modern mass culture. You can find it at runways, in movies, red carpet events, music videos and so on. But yet, the notion that most people have is vague. A conglomeration of associations of medieval cathedrals of Western Europe, warlike and savage Northern tribes, youths with black lips and metal bedazzled outfits, that’s what most people have to say about Gothic. Even though the notion is this, gothic fashion is flourishing.

Some features about Gothic Fashion

One of the primary misconceptions are that gothic clothing must be black. It is true that black is the most prevalent colour of Gothic style but it is untrue that it is the only shade in Gothic fashion. Let’s figure out some features that makes a particular fashion Gothic.

Alternative clothing are usually made of satin, velvet and other materials, emphasising dark hues and make them look dramatic. Gothic attire is also frequently adorned with lace and other transparent materials. Leather is often used in the accessories.

For the followers of Gothic, this style is more than a couple of cliches that people usually associate theme with. Gothic style is a way of self-expression, promoting individualism. The clothes speak out a ton about the person wearing them. It is all about not abiding by the norms. It talks about revolution, and the clothes are a suited symbol of rebellion.

How to recognise a Goth in the crowd? 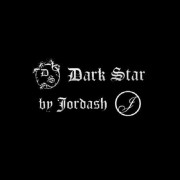