Google Ambient Mode for android, will begin rolling out next week. Google first announced Ambient Mode in September and told the world that the feature will turn Android devices into smart devices every time they go online and charge. Basically, whenever an Android phone or tablet connects, it will display useful information like weather, alarms, photos, times, and appointments.

According to The Verge, a Google spokesperson confirmed that Ambient Mode is expected to start being implemented to select devices starting next week, although, oddly enough, Google’s own Pixel devices aren’t on the line. listing. The Google spokesperson said most Android users with version 8.0 and above will receive the feature next week. These include owners of Sony Xperia phones, Nokia phones, Xiaomi phones, and some Lenovo tablets.

An intentional way of doing things

This change is supposed to prevent smartphone users from having to start over every time they need to complete a task. Rather than having to think through every step of the way, Ambient Mode and a proactive Google Assistant should already be a few steps ahead of users. You’ll have features like your alarm, calendar, smart home controls, music controls, and a scrolling slideshow of your photo collections, all when your phone is plugged in.

The video explaining Google’s Android Ambient Mode also made it clear that Ambient Mode is deeply integrated into the Android operating system. This means that it’s not just a new app or feature trying to integrate with the many separate apps that have the data you need. Rather, Ambient Mode is built into many of them creating a much smoother and more integrated experience. It also means that more Android phones are very likely to receive it over time.

Our smartphones can display tons of information and provide useful shortcuts even when locked, and Google Assistant’s ambient mode is worth a try. It allows you to use many of the best features of your phone without having to unlock it, saving you precious time and making it easy for you to dig around with your finger to authenticate with your device.

Ambient mode is basically an enhanced lock screen that appears when the phone is charging. Displays current weather conditions, upcoming alarms, and calendar events. You can also control music playback, use the Google Assistant, or control other smart devices paired with your phone without having to unlock your device. Set up some sort of screen saver by starting a slideshow of the images saved in Google Photos, or view anytime or automatic notifications you have received.

Ambient mode is already available on various other devices from Lenovo, Nokia, Sony, Transsion, and Xiaomi devices running Android Oreo or higher. OnePlus also recently announced that the feature will be implemented on OnePlus devices, including the OnePlus 3 and all newer models, so now is the time to familiarize yourself with the process of setting up environment mode. (It’s easy.)

How to use Google Assistant Ambient Mode on Android?

Google Assistant’s Ambient Mode is an intention-based system for doing things on your smartphone. View proactive information like calendar events, travel time on the lock screen. Here’s how you can activate it now.

Google announced Ambience Mode as a new feature for Google Assistant at IFA 2019 in September. This feature allows Google to make the Assistant even more useful on Android devices. Basically, it displays useful information on your lock screen whenever your Android smartphone is plugged in. Think of it this way, your phone is plugged in and around 4:00 p.m. it will start showing you relevant information, like time to come home. Also read: Nokia 7 Plus, Nokia 7.2 and other devices benefit from Google Assistant ambient mode

With the participant environment mode, the idea is to display information on the lock screen that otherwise should be seen when unlocking the device. It shows information like the time until your next meeting, the length of your trip, and even options to turn off the lights when you’re about to leave home. The function is almost identical to what you would get with a Google Nest Hub. The feature aims to turn even a simple smartphone into a smart screen type device. Also Read: Google Assistant for Android TV Now Supports the Hindi Language.

Google Assistant environmental mode: everything you need to know

or an Android device that supports ambient mode, Google says it must be running Android 8.0 or later. The device must also have the latest version of the Google search app. It is not known which devices are compatible, but Google has confirmed compatibility with devices from brands such as Nokia, Sony, Transsion Holdings, Xiaomi and others. We have enabled this feature in Nokia 7.2 and this is how you can enable it on your device as well. Also read: Google Assistant seems to respond to “Ok Boomer” command 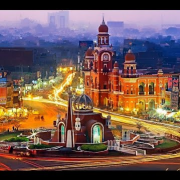 Tips For Making Money Online In 2023