Lyme disease is a dangerous infectious, transmissible disease of acute or chronic disease caused by bacteria of the genus Borrelia that affect the skin, joints, heart and nervous system. Now that we have an overview of what pemf lyme disease looks like, let’s dig further and understand what the causes of the condition are, what the symptoms are and what the treatment options are.

Signs of the disease

Lyme disease has its incubation period from one to 50 days, while the average period is 10 to 12 days. Incipient Lyme disease has flu-like symptoms. First of all, it is a headache, fatigue, muscle pain, high fever, malaise, chills, and stiffness of the neck muscles. Vomiting and nausea may occur. A couple of days after the bite, specific rashes begin to appear (“erythema migrans”). It looks like a scarlet spot, which expands gradually and can reach a diameter of up to ten centimeters or more. This spot is raised above the general surface of the skin and has an annular shape. In some cases, erythema extends to the entire back.

Symptoms of the spread of Lyme disease

Patients with tick-borne borreliosis, as a rule, do not notice tick bites, and the initial signs of the disease also go unnoticed for them. For this disease, the symptoms of the pathogen’s spread from the infectious focus within the organ or throughout the body through the circulatory and lymphatic systems are not specific.

Symptoms of Lyme disease from the central nervous system

These symptoms are severe headaches, stiffness of the neck muscles, and meningitis can also be observed. Patients complain of weakness in the lower and upper limbs, impaired sensitivity. They have difficulty swallowing, chewing food, and changing their sense of smell and touch. In addition, patients with Lyme disease sometimes cannot turn their heads, and they experience drooping shoulders, facial paralysis, and drooping eyelids. Patients complain of sleep disturbance memory impairment, cannot concentrate their attention and perform, for example, the simplest mathematical calculations. There are such factors of mental disorders as depression, bouts of inexplicable anxiety, hallucinations, manifestations of schizophrenia.

With this disease, such symptoms appear in the area of ​​​​the organs of vision, such as redness of the eyes, inflammation of the eye parts, atrophy of the optic nerve, bifurcation of visible objects.

Signs of Lyme disease on the skin are manifest primarily by skin rashes. These rashes can be very different in shape and color. But usually, they have a red color, turning into purple. Skin rashes are mostly ring-shaped. They are hot, dense when touched, the patient complains of itching. Plus, signs of Lyme disease on the skin can also be lymphocytoma (benign dermatosis) in the form of a tumor or a small nodule, as well as dermatitis affecting the fingers and toes, accompanied by a change in skin color of the upper and lower extremities, as well as their degeneration.

On the part of the cardiovascular system with tick-borne borreliosis, there are pains in the cardiac region, vasculitis, cardiac arrhythmias, myocarditis.

The appearance of edema characterizes joints with this disease, patients complain of pain, which can be both permanent and passing.

The functions of the liver with tick-borne borreliosis can be moderately upset. On the gastrointestinal tract organs, patients experience a violation of appetite, diarrhea, and refusal to eat.

Lyme disease is very dangerous for pregnant women. There are also cases of a congenital disorder in which bacteria penetrate the unborn through the placenta. The infection is also possible to be transmitted from mother to child through breastfeeding. Lyme disease threatens premature birth, spontaneous abortion, and stillbirth during pregnancy.

Diagnosis of tick-borne borreliosis is based on the symptoms of the clinical manifestations of the disease, as well as the epidemiological history. Due to the small number of bacteria in the body and their small size, they cannot be recognize in the human body. Unfortunately, there are currently no tests for borreliosis.

When diagnosing tick-borne borreliosis using biopsy and microscopic studies, the results are incorrect because spirochetes circulate little in human blood.

The first stage of tick-borne borreliosis is associate with the spread of borreliosis from the primary focus to the internal organs.

Further, in several weeks or months from the onset of the disease, some patients show signs of damage to the nervous system.

Then there may be signs of infection of the heart. Patients complain of pain in the bones, muscles, joints. These symptoms last for several weeks. At the third stage of the disease, its late manifestations are revealed – large and small joints are affects, osteoporosis, and other changes in the cartilaginous tissues occur. With the further course of the disease, the nervous system is affect, with the manifestation of encephalomyelitis memory impairment. Patients complain of fatigue, their hearing is reduce, severe headaches appear. And in sick children, sexual development and growth slowdown. The skin is damage by dermatitis and other changes.

Complications of the disease, prognosis

Timely treatment of Lyme disease with antibiotics gives good results, the symptoms disappear quite quickly, however, some patients may experience joint pain and cramps, increased fatigue, memory and concentration problems for several months after the end of therapy. This phenomenon is is known as post-lyme syndrome. In this regard, some doctors have increased the duration of taking antibiotics, but studies have proved the impracticability of such an approach.

In the Western press, you can find publications about chronic borreliosis, but official medicine does not recognize the presence of such a form of the disease. There is only an acute form, and chronic Lyme disease is associate with chronic fatigue syndrome, the diagnosis and etiology of which is not fully understands, but most researchers do not associate it with borrelia.

Lyme disease is curable if therapy won time, however, with deep neurological and joint lesions, complete recovery does not occur, even disability is possible. After treatment, patients are to follow up for a year with regular clinical and laboratory examination and the involvement of specialized specialists.

There is no prophylactic vaccine to prevent borreliosis. The best prevention is protection from tick bites. Prevention consists in observing individual protection measures against tick attacks explanatory work among the general population. Correct removal of the tick is of great importance for preventing infection. If the tick has stuck, then it will remove as soon as possible. Borrelia live in the intestines of the tick and do not immediately enter the bloodstream. The longer the tick was on the body, the higher the risk of borreliosis.

The benefits of preventing borreliosis after a tick bite with antibiotics are controversial. Prescribing antibiotics in the first days after a bite can reduce disease risk. But they should prescribe only by a doctor. If a bite occurs, you must urgently seek medical help.

Due to the lack of specific prevention measures, identifying patients by early clinical signs and mandatory antibiotic therapy according to a rational scheme are particularly important, which allows avoiding severe late complications. You can also check information about Lyme disease in the Google, there so many popular boggers have been posting about Lyme! 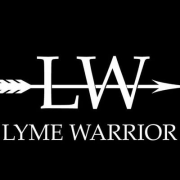 What should one know about child birth class?

A Complete Guide on Oxygen Concentrators for You