Mass gain, also called ” muscle hypertrophy “, is a reaction of the body to an athletic effort . When a muscle is highly stressed, during weight training for example, it is damaged and then repaired afterwards. This process will eventually strengthen it and the muscle will thus grow in size.

It is important that the muscle receives a stimulus sufficiently above the threshold potential , the level that must be exceeded to trigger an action potential. The action potential corresponds to the moment when the muscular activity exceeds this threshold potential and when the muscle can no longer function without being rapidly weakened and damaged. However, only this damage leads to ” supercompensation “, that is to say the repair and strengthening of tissues. [1] In the end: to sustainably stimulate the growth of a muscle, it must continually be made to perform efforts for which it is not suited (principle of ” progressive overload.

Intense strength training or comparable efforts exert mechanical tensile forces on a muscle that cause small damage (microtrauma) to the sarcomeres. Sarcomeres are the only contractile protein structures found inside the muscle fiber. [2] During post-workout recovery, the body replaces damaged proteins and adds new sarcomeres , which thickens muscle fiber.

Continuous training makes it possible to create more and more new sarcomeres, which, by assembling, form new myofibrils, the contractile filaments of the muscle fiber. This is also referred to as “myofibrillar hypertrophy”. This type of hypertrophy only occurs following training using high weights, such as weightlifting for example . It is naturally accompanied by a gain in strength since the number of contractile elements (sarcomeres) increases.

No new protein structures are made in this type of muscle growth; only the amount of semi-fluid plasma present in the muscle fiber increases. It is mainly glycogen (storage form of glucose) and water that contribute to muscle thickening. This type of muscle development does not lead to any maximum strength gains , but rather promotes endurance . However, this hypertrophy is not long-lasting since the cells evacuate glucose and water within only a few days.

Part of the muscle mass of bodybuilders relies on the process of sacroplasmic hypertrophy, which explains why they, in most cases, do not have as much strength as their imposing musculature might suggest. Although the best bodybuilders have more muscle mass than weightlifters, their peak strength is much lower.

This is explained by the difference in training: bodybuilders perform few or no exercises at maximum strength and prefer to concentrate on longer series with consequently lower weights: generally between 8 and 15 repetitions per series (see below). This type of training largely depletes the glycogen stores present in the muscles . These will be refilled and slightly enlarged during the recovery phase.

3) The joker: the activation of satellite cells

Humans cannot produce new muscle cells or fibers (a process called “hyperlasia”). However, it is possible to activate and train underdeveloped muscle cells through training . These muscle stem cells are called “satellite cells” because they are located on the periphery of the muscles. Thus, if more cells are activated in the muscle, it will thicken. [4]

A typical hypertrophy workout of between 8 and 15 reps to muscle failure triggers sarcomere hypertrophy and sarcoplasmic hypertrophy: muscle grows by storing more nutrients and water. The purpose of taking creatine is to strengthen this process.* In addition to this, new contractile protein structures are formed, so that the muscle also gains strength over time. These processes take place only if one adopts a suitable diet, rich in proteins and calories.

Training to muscle failure has been shown to be the most important factor for muscle growth. This means that you can also train with relatively lower weights, which will exhaust your muscles only after 20 or 30 repetitions. According to the latest studies on the subject, this type of training generates the same muscle growth as strength training based on 8 to 15 repetitions. The gain in strength is nevertheless much less important with lighter weights.

If you perform between 8 and 15 repetitions and until muscle failure (at least during the last series), you provoke growth stimuli over a longer period and thus develop more strength.

No, body aches are not essential for muscle growth . It is now assumed that soreness is caused by the repair processes of microfissures in the muscle and not overacidification by lactate. However, these fissures affect the Z lines between the sarcomeres. However, the muscle damage sought (those resulting in muscle growth) affects the contractile elements in the sarcomeres. Training should therefore damage the muscle, but not necessarily cause soreness.

However, strength training is very likely to cause soreness, because the movements are performed with high loads, relatively slowly and until muscle failure. Especially if you gradually lower your weights during an exercise (eccentric contraction) or if you work in amplitude , like during the butterfly for example, you will probably have aches. That said, body aches are also influenced by individual physiological factors; thus, some people will be more prone to body aches than others.

Aches do not prevent muscle growth , but it is not recommended to train with (big) aches. People who are prone to body aches often need to plan longer recovery muscarinic receptors periods to promote supercompensation . Unfortunately, progress will be slowed down here because the frequency of the stimuli is not optimal. [6] The aches nevertheless prove that the muscle has been intensely solicited, which is the goal of the training.

How long to gain muscle?

You’ve probably come across advertisements for sports programs that promise you to gain pounds of muscle in a few weeks. They are of course accompanied by before / after photos, ensuring you a blatant transformation. Unfortunately, these programs are completely unrealistic and their effectiveness is therefore very questionable.

In reality, bulking takes much longer, and even “ rapid bulking ” takes a while. Beginners in bodybuilding should not expect a considerable mass gain during the first 4 to 6 weeks. Indeed, their body must first adapt its nervous system so that the existing muscle mass is used correctly. Their strength increases, but the muscles do not develop at the same rate.

How long for visible results?

The body begins to build muscle mass only when it can no longer overcome the efforts to which it is subjected during a weight training session. But it needs some time before you get visible results. You will need to plan for a minimum of 3-6 months before you notice any changes.

Muscles can grow very quickly only in people who follow training and diet to the letter , but also in those who start from a very low level. So an under-trained young man will gain about 1 kg of muscle per month in the best case, which is equivalent to 12 kg per year. It will take 6 kg the second year, then 3 during the third, and so on. [8]

In the majority of cases, the results will be a little more modest. A man between the ages of 25 and 30 who begins bodybuilding can be very satisfied if he gains 5 kg of muscle in a year. [9] In women, 2 to 3 kg is already a very honorable result.

If all the conditions are met, you will be able to gain the majority of the muscle mass that you can develop in 2 or 3 years . However, expect at least 5 to 10 years of diligent training to exploit your full muscle development potential.

The keys to the success of your mass gain

To succeed in your mass gain, you must act in the following three areas, the main points of which we explain to you below. We will also introduce you to the individual differences of the athletes.

The optimal bodybuilding program
The most important factor when bulking up is the workout itself. Who does not train regularly will not develop his muscles. We answer the most frequently asked questions below. [10]

How many times to train per week?

Each muscle should be trained at least twice a week ; three times in the best case with a full body program. Ideally, split programs should split muscle groups into just two workouts, so that each workout can be done twice a week (that’s four workout days). 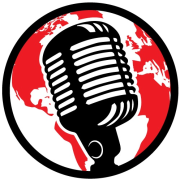