The effects of Psychedelic drugs have been known as trippy in the past. But some studies recognize the potential of these drugs in treating depression, anxiety, and PTSD. Clinical trials are running for knowing the positive effect of Psychedelic drugs on the human brain.

Elements like magic mushrooms are now being tested for the treatment of mental illness. Patients with a history to resist traditional treatment can be treated with Psychedelic medicines. Biotech producers like Bright Minds Biosciences are mainstreaming the use of Psychedelic drugs in making medicine for mental illness.

Drugs like ketamine have already got FDA approval in the US and UK for treating depression. It is the first-ever Psychedelic drug to get approval from the authorities to be used in the making of the medicine.

On the other hand, MDMA has been recognized by scientists for the production of medicine. There is a breakthrough in the usage of the drug for making the medicine for depression and treating PTSD with minimal side effects. And psychoactive present in the mushrooms is developed as an alternative treatment for antidepressants.

The potential of Psychedelic drugs has been underestimated in the past. By taking active ingredients from Psychedelic drugs, efficacy offers hope for the patients of depression and other mental illnesses.

Many IPOs and companies are launching their line of medicines with Psychedelic drugs. But, Bright Minds Biosciences has already established a line of medicines for treatment-resistant PTSD and depression. For a company, it has to take a long journey for getting a medicine approved. Thousands of dollars are spent and several trials are taken. And it takes long years to get one medicine approved for the market.

● Successful clinical trials proving the worth of the drugs

● Effective study to minimize the side effects of Psychedelic drugs

The biotechnology company with stage 2 clinical trials are not in the position to predict the success of the trials. The investors in the biotechnology companies hope to get 100% results for the betterment of the investment. Although, the success of the medicine trail depends upon the team and approaches used for trials. The effects of the drugs on the patients can be positive but it only depends upon the discovery and study of the effects closely by the biotech companies.

Psychedelic drugs can be difficult to procure for the companies, as they are banned in nature and illegal to get in plenty. But with wise study and approach, biotechnology companies can look for the abundant source of the drugs. The industry is big enough to get the attention of investors.

Study for the long term effect of the drug and minimizing side effects have to be controlled. Researchers know that recreational use of Psychedelic drugs in any form can result in loss of memory, urological problems, speech problems, and other mental problems. 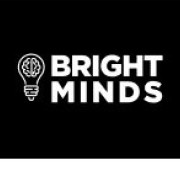 HypnoBirthing Techniques: is it good for you?