Are you willing to be a Yoga teacher? If yes, then you have come to the right page. Being a yoga teacher is not as easy as it seems. It does not involve only postures and poses to practice but also includes a few must-know Sanskrit words that are important for every Yogi to know. If you want to be a part of the yoga world, you can seek help from the Yoga school in Rishikesh. The following article will help you get a better understanding of the Sanskrit words. Tie the knots of your waist, and get ready for the journey now!

The compulsory words which every Yogi should know

There are times when you visit any religious site or any place where you can spot Yogis; you might hear a few words from them which might sound abnormal and alien to your ears. You might even think they are speaking gibberish. But hold on, no, they are not speaking gibberish, but they are utilizing Sanskrit as part of their Yogi lives. Go through the following article to find out the essential Sanskrit words that every Yogi should know:

The above word ‘Asana’ might not be something you hear for the first time. People who plan to become a Yogi or learn YogaYoga get accustomed to the first Sanskrit word, ‘Asana.’ AsanaAsana is the fundamental pillar of YogaYoga. Asana is a Sanskrit word that the Yogis and yoga training schools widely use. It indicates poses or postures. The word’s meaning is to ‘seat.’ But often, YogaYoga is not only in sitting poses; there are poses where the person has to hold on to a standing posture even. You cannot say AsanaAsana means to sit; instead, you can say that it defines the postures.

Namaste is yet another essential word which you must know being a Yogi. The term is not something new to you. The above term is something which is not only related to Yoga or Yogis but also every average household in India in every part of the country and even outside India uses ‘Namaste’ as a sign of paying respect to the guests. It is a way of welcoming visitors at the same time. But in a Yogi’s world, the term ‘Namaste’ holds a more significant meaning than just paying respect to the guests at home. Yoga has marked that each body has a unique personality, pure soul, and a divine aura. When two people interact, does YogaYoga together communicate? Telling Namaste means saluting the divine atmosphere of the other people you are interacting with.

According to the Yogis, the world is never static. Every second, every minute, and every hour of the day, the world and the elements in the world are in motion. The smallest particles and the giant creatures, everything should vibe with the movements. The day the mobility stops, the heart stops beating, and death comes in the way. The term ‘Om’ is a vital term that makes one a part of the moving world, vibrations, etc. Every Yogi should be accustomed to the term ‘Om.’ Whenever you take the term on your own, you can elongate it as much as you want. The longer you pronounce it, the longer you vibe with the world. It marks your existence in the world by tapping you in the vibrations at ease.

Yogis believe that peace and calmness are the keys to success. That is why they ask the students and teachers to meditate every day. Meditation brings in peace and helps you stick to one place for a long time. It handles your mood swings, betters your self-control, and enables you to think. Yoga is not only about staying fit physically always with the help of postures and exercises. It means one has to be mentally fit and refined as well. Every time you say the word Shanti, you seek peace in life. Shanti means peace. You will often find Hindus and Jains spell the above term several times. Those are the tough days of life, and they ask god to look after them and shower them with peace of mind. The Yogis should be aware of the basic terms like Shanti always.

The most critical Sanskrit word that every Yogi should know is ‘Yoga.’ It would help if you were shocked upon hearing that the word on which you are focusing or trying to focus is itself a Sanskrit word. Yes, YogaYoga is a Sanskrit word, and it has got immense meaning in every person’s life. The primary purpose of Yoga is to unite. In Yoga, Yogis use various postures and positions and hold onto them for quite a long time to gain mental and physical fitness and strength to deal with every situation in life. Physical fitness helps in coping with the harsh conditions and arrogant people of the world. Mental peace is the jewel of the whole game of Yoga. Yogis teach their students to do Yoga to keep their temperament as low as possible and deal with the situation with patience and wisdom as much as possible. Yoga helps you bring in self-control and the valuable ability to think. In simple words, Yoga unites the body, the soul, and the mind simultaneously. The three most powerful things in a human body are a deadly weapon against anything odd and wrong, forming the world’s most powerful thing.

Everything mentioned above is a boon that you can get from Yoga teacher training in Rishikesh at ease. What is holding you back? Go and try your luck now! 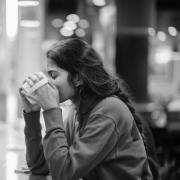