Ashwagandha or Withania somnifera has been a medicinal herb since ancient times in Ayurveda, the traditional medicine of India and Nepal. Ashwagandha is considered a “king of herbs” in India and is one of the most widely used herbal remedies. It is known to have antioxidant and anti-inflammatory properties and has been shown to improve brain function. The benefits of ashwagandha are now not only as per traditional literature, but science has its back. This article will tell you the science-backed benefits of ashwagandha.

Scientific research has shown that taking an ashwagandha supplement can help you in the following ways.

Ashwagandha is a powerful adaptogen that helps your body maintain and restore balance in the face of stressors. It has been shown to reduce stress-related symptoms like depression and anxiety by increasing serotonin levels in the brain.

Ashwagandha also reduces cortisol levels in the blood, which can help you cope with stress more effectively. Cortisol is a hormone released when stressed out and can wreak havoc on your health if left unchecked. Reducing cortisol helps keep your body and mind healthy so that you do not have to work overtime to keep up with daily life!

Ashwagandha is known as “the king of all herbs” in Ayurveda, a system of traditional medicine originating in India. It has been used for centuries as a natural treatment to improve brain function. The study entitled “Neuroprotective effects of Withania somnifera (Ashwagandha): The cornerstone of Ayurveda” showed that Ashwagandha improved memory formation and learning ability in mice when they were exposed to stress.

Ashwagandha is one of the most effective herbs for boosting memory and mental clarity, thanks to its ability to help your body produce more dopamine. This neurotransmitter plays an important role in learning and memory.

Ashwagandha is a medicinal herb that is used to improve the quality of sleep. It is also known as Indian ginseng, which means it has a similar effect on the body as ginseng. It is believed that ashwagandha promotes sleep by increasing the amount of time spent in the REM stage of sleep. This is important because, during this stage, your body repairs itself and restores energy levels, making it easier to wake up feeling refreshed.

It helps reduce stress and anxiety, both common causes of sleep problems. This herb promotes relaxation and calmness, which can help you get a better night’s sleep.

The most well-known benefit of ashwagandha is its ability to control blood sugar levels. A study done at the University of Kalyani in India found that taking ashwagandha extract daily for two months helped to reduce fasting blood sugar levels in people with type 2 diabetes. The participants also showed increased insulin sensitivity and reduced fasting insulin levels. The researchers believe that ashwagandha’s anti-inflammatory and antioxidant properties may be responsible for these effects.

This is because ashwagandha powder contains compounds called withanolides, which are known to help reduce the impact of stress on your body. When you are stressed out, your body releases cortisol which can lead to an increase in blood sugar levels. Ashwagandha helps reduce cortisol levels and prevent increased blood sugar.

Ashwagandha is a herb that has been used for thousands of years for its many health benefits. One of these is in the area of sexual enhancement and libido. Ashwagandha has been found to promote healthy testosterone levels and increase libido in both men and women. One study found that ashwagandha supplementation significantly increased sperm count in infertile men who were given 200-600 grams daily.

In addition to its effects on testosterone levels, ashwagandha has also improved sperm motility. This means it can help your sperm swim faster to reach their intended target more quickly.

It has been used in Ayurvedic medicine for thousands of years, and recent research has discovered that it may also have properties that can help lower cholesterol levels. Accordingly, researchers found that Ashwagandha Canada could significantly lower total cholesterol, LDL cholesterol, and triglycerides in participants who took 300 mg of the herb per day. The study included both healthy participants and those with high cholesterol levels.

The results suggest that Ashwagandha could effectively treat high cholesterol without causing side effects like nausea or gastrointestinal distress that often come along with statin drugs commonly prescribed for high cholesterol.

One of the most important things ashwagandha can do is improve your heart health. The herb has been shown to lower blood pressure, reduce cholesterol levels and triglycerides, and lower inflammation in the arteries. It can also protect you from heart attack and stroke by preventing blood clots from forming in your arteries.

Ashwagandha Capsule can also help you manage your weight. The herb is a great aid for fighting obesity, which can greatly affect your heart health. It can also help improve your metabolism, making it easier for you to lose weight.

One of the most important ashwagandha benefits is its ability to enhance cognitive health. It can be used to treat anxiety, ADHD, and other cognitive-related disorders. Ashwagandha can also improve your brain health by protecting against age-related cognitive decline and Alzheimer’s disease. It has been shown to prevent the accumulation of beta-amyloid plaques in the brain, which are associated with Alzheimer’s disease.

In recent years, Ashwagandha pills have enhanced cognitive abilities and memory retention. The active ingredients in this herb are believed to promote alpha brain waves associated with calmness and relaxation.

Many studies have found ashwagandha to boost your immune system and lower inflammation. One study found that ashwagandha can also reduce oxidative stress and improve cell membrane fluidity. This may help prevent some of the damage that can occur in your body when you have a cold or other illness.

In other words, ashwagandha can help you fight off more colds and flu. The researchers suggested that it may also be useful for treating immune-related disorders like lupus, rheumatoid arthritis, and leukemia. It is thought to be safe for most people when used appropriately. However, pregnant women or those with liver disease should not take the herb.

Ashwagandha is one of the most potent, greatly researched adaptogenic herbs. Adaptogens can help protect your body from various stress-causing issues like anxiety, high blood pressure and cholesterol, fatigue, and even lack of sleep. It is proven to improve sexual function in men by increasing sperm production. They also help with hormone imbalances and boost your immune system. All these benefits are well-researched by scientists and are full of evidence. 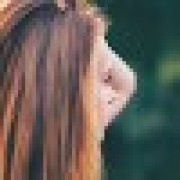