On the basis of the past, the future is predicted or estimated. A time order dependency between observations is added by time series. This reliance functions as a source of more knowledge as well as a limitation. Let’s define time series prediction more precisely before talking about time series forecasting techniques.
A method for predicting events over a period of time is called time series forecasting. It makes predictions based on historical tendencies, presuming that historical trends will continue.

It is employed in numerous applications and many different disciplines of research, including:

A historical time series is the foundation of time series forecasting. Analysts look at the historical data and search for time decomposition patterns such as trends, seasonal patterns, cyclical patterns, and regularity. Time series prediction is used in many organizational functions, such as marketing, finance, and sales, to assess potential technical costs and customer demand.

Time series data models come in a variety of shapes and can depict various stochastic processes.

On the basis of confirmed historical data, time series models are used to forecast events. Moving average, smooth-based, and ARIMA are examples of common types. The optimum model must be chosen based on each time series because different models will not produce the same results for the same dataset.

Understanding your purpose is crucial when forecasting.

Ask questions about the following to help you focus on the particulars of your predictive modeling issue:

Time series analysis focuses on comprehending the dataset, whereas forecasting focuses on making predictions about it. It refers to techniques for deriving useful statistics and other aspects of time series data through analysis. The forecasting is the process of using a model to forecast future values based on values that have already been observed.

Predictive modeling has three components, which are:

Time series forecasting is difficult due to a number of reasons, including:

On a specific dataset, time series models may perform better than others; nevertheless, a model’s performance may not be consistent across other dataset types.

Predicting consumer demand for a specific product across seasons, the cost of fuel for home heating, hotel occupancy rates, hospital inpatient care, fraud detection, and stock prices are a few examples of time series forecasting. Using either storage or machine learning models, you can forecast.

Decomposition can be divided into two categories:

The key is to choose the best forecasting technique based on the properties of the time series data.

Models based on smoothing

Data smoothing is a statistical approach used in time series forecasting that entails reducing outliers from a time series data collection to enhance the visibility of a trend. Some kind of random variation is present in every collection of data gathered over time. Data smoothing reveals underlying trends and cyclical components while removing or reducing random variance.

A model with a moving average

Models for forecasting with seasonality

Both SARIMA and ARIMA

It is useful to first define autoregression in order to define ARIMA and SARIMA. The time series model of autoregression predicts the value at the following time step using observations from prior time steps as input to a regression model. (A good tutorial on how to use an autoregressive model for time series forecasting in Python is “Autoregression Models for Time Series Forecasting With Python”).

ARIMA (AutoRegressive Integrated Moving Average) models are among the most used methods for predicting time series:

The two methods are combined in ARIMA models. Differentiating (Integrating) the time series, that is, taking into account the time series of the differences rather than the original one, may be important since they call for the time series to remain stationary.

By using a linear mixture of seasonal past values and/or forecast errors, the SARIMA model (Seasonal ARIMA) expands upon the ARIMA.

The fundamental advantage of the TBATS model is that it can handle many seasonalities by modeling each seasonality using a trigonometric description based on the Fourier series. Daily measurements of sales quantities, which frequently exhibit both weekly and yearly seasonality, are a classic illustration of complex seasonality. 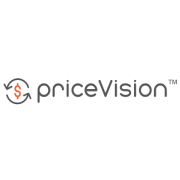