Globally, video games are adored by people of all ages for a variety of reasons. The main reason video games are loved so much is that they serve a different purpose for everyone and let them be whoever they want. An individual who plays video games like unlimited gamez mo gets the opportunity to be someone impossible to be in real life. Apart from personal satisfaction, numerous studies prove the importance of video games on an individual’s health.

Developers initially introduced video games for computers and gaming consoles; however, as time passed by, people got more interested in playing video games on portable devices. People greatly appreciated the idea of keeping the console with you at all times; however, buying a dedicated device for video games was not suitable for everyone.

This inconvenience led to the introduction of mobile games; the best part of mobile games was that people didn’t have to buy a gaming console; they have download the games on a device they already had. The mobile gaming industry has been booming faster than ever; it has gone from nonexistent to a multi-billion dollar industry. Many organizations are making better and better mobile games every day, and each game belongs to a different category.

There are many different types of games, including adventure, action, puzzle, and sports games; however, we will talk about shooting games. Most gamers love shooting games as they appeal to all types of players; shooting games do not excite gamers because they desire to shoot actual people but because of their unique and lifelike mechanics.

The mobile gaming industry has made massive progress with shooting games which is why today we bring you the ten best thrilling shooting games to try out on your phone.

PUBG, also known as Player Unknown Battlegrounds, was first released on PC and soon after its arrival Tencent Games decided to make a mobile variant of this game. PUBG mobile was the highest-grossing game in 2020, as the main reason behind this game’s success was the pandemic. As soon as it got launched, people worldwide started downloading it; however, it generated most of its revenue from Asian countries.

PUBG mobile is a survival shooter game and is the most favorite battle royale game in the mobile games category. It is considered thrilling because you get to play with 99 other online players, and your goal is to be the last man standing.

The entire gameplay consists of landing on an island, looting buildings to be ready for the battle, and surviving by staying safe or killing every player on the island to win. One of the main reasons PUBG mobile got so much fame is that you can also play it with your friends in a duo or four-person squad.

Critical Ops is an addictive and thrilling FPS mobile game, and it is constantly being upgraded as the game hasn’t been fully released and is still in a public beta. Despite being fully discharged, the game has millions of downloads and is ranked among the best first-person shooter mobile games.

The goal of this game is to defeat the other team by eliminating all the members of the enemy team or by stopping them from completing their objective. You get to be either a part of the anti-terrorism unit and prevent the terrorists from causing havoc or be the terrorists and cause havoc without being killed. The game is so thrilling because it provides a unique multiplayer experience with some brilliant graphics. The in-game leaderboard makes the game extremely competitive, and the game items such as high-tech guns offer a complete overall experience.

If we talk about history, there is no other shooting game bigger than Call of Duty; after being the best shooting game on gaming consoles and PC, the franchise decided to enter the mobile platform. The launch of Call of Duty mobile was the biggest one in mobile gaming history.

One thing that makes this game unique and more thrilling than other titles is its different game modes. The game has different ways to join the multiplayer action; however, you get to be in a five-person team in each type of game. The other gaming modes include the infamous team deathmatch, where the team with the most kills wins, the frontline mode, where the gameplay is as same as the deathmatch, but the respawn point is fixed on the map. The other two gaming modes are Search and Destroy and the domination mode.

Call of Duty mobile also provides a stunning battle royale mode where your goal is to be the last man standing among 100 other online players.

Unlike other shooting games, this is a unique shooting game as you don’t have to move a lot in this one and take out enemies with your sniper rifle. The graphics of Hitman Sniper are exceptionally breathtaking, and you get to experience a pleasing environment while carrying out your objective. The goal of the player is to target various suspects inside a building without making anyone suspicious.

The game costs very little compared to what it offers; the game’s price is $4.99, and at that price, you get lifetime access to the game and more than 150 missions. You can progress in the game if your strategy is excellent, and during this process, you get to unlock numerous sniper rifles.

Like PUBG, the console and PC version of this game was widely loved by gamers worldwide. The gamers are so addicted to Fortnite that when PUBG was released, it failed to impact the United States.

After many successful years of gameplay on PC and consoles, Epic games finally decided to bring the famous franchise to mobile. Fortnite is also a battle royale game but with a unique twist. The mechanics of the game are different from other battle royale games as you don’t have to loot locations to get ready for the battle, but you have to craft things. It also consists of a huge map that shrinks, in the end, to bring players closer to each other so they can end the game by finishing their opposition.

The player’s goal is to survive a zombie attack; you can either just run through the fields or kill these zombies by shooting them. A thrilling thing about this game is that you get to experience different endings according to your choices. The game allows you to access almost everything for free, and you have to work hard for it. You also get a dog companion with who you can have fun during your journey.

If you have played Halo, you will love this game as it provides a similar setting; however, even if you are not familiar with Halo, you will find Nova Legacy very distinctive from other shooting games. Nave Legacy is based around a focused sci-fi theme where you have to shoot your enemies on a spaceship in outer space. The game has remarkable graphics and craft mechanics; it also provides an online multiplayer mode and campaign mode for solo gameplay.

Deadly effect 2 is a thrilling shooting game developed by Badfly interactive; it first arrived on mobile devices and PC and gaming consoles. The game’s stellar graphics make it extremely unique and interesting; Dead Effect 2 is also based on a spaceship, just like Nova Legacy; however, the gameplay is much darker and scary.

Dead Effect 2 is a survival horror game, and like all horror games, it feeds on your fear and is always ready to make the jump with anxiety during the gameplay. In the gameplay, you have to space creatures and zombies while finding out what happened on the ship. The game is crawling with mutated soldiers, zombies, dogs, and different animals, and you have to kill them to win.

Wild West Shootout is a game by unlimited Gamez mo and is one of the most thrilling and exciting games on this list. Despite having simple graphics, the game still looks stunning; as the name suggests, the theme of this game is based around a town in Wild West like those old movies.

The gameplay is addictive as you have to fight your way through treacherous terrain while defeating different outlaws. The player has to play as a sheriff whose goal is to maintain order by challenging the bandits on the run to a duel battle. Just like good old Wild West, the person with the quickest hands wins the games.

The best thing about this game is that you don’t have to download it; all you need to do is sign up on unlimited Gamez mo and access numerous shooting games like this one.

Last but not least we bring you one of the most famous shooting mobile games. Before PUBG Mobile and Call of Duty, Modern Combat 5 was the most mainstream mobile shooting game; however, it is still one game that hasn’t died. As you can see, the game is so popular among mobile gamers that the developers had to release five parts. The game was initially paid for, but Gameloft made it free for everyone; Modern Combat 5 has different gaming modes. Still, the most famous ones are the engaging campaign mode and the competitive multiplayer mode.

The mobile gaming industry has been progressing rapidly, and it is making most of its revenue from shooting games. It would not be wrong to say that shooting games on mobile phones is the best type and will stay on the top for a long time. 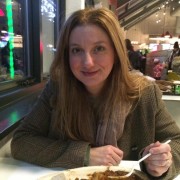