A fume hood, which is often referred to as a fume cupboard or fume closet is a kind of local ventilation device. These devices are generally designed to limit exposure to hazardous or toxic fumes, vapors or specks of dust

How are Fume Hoods Used?

If you are wondering how you can use these fume hoods, then you should know that chemical fume hoods, when they are used properly, happen to be one of the most reliable engineering controls used in the laboratory. These fume hoods are usually used to protect workers by containing vapors, specks of dust, gases, and fumes generated within the hood. Later, these toxic fumes are removed as the air flows into the hood and then out of the system through the laboratory exhaust system fitted with the device.

These are how the fume hood is designed to be used. However, there are numerous other facts that most of us aren’t clear with when it comes to the fume hoods. But don’t worry because here we will bring you all the essential information that you need to keep in handy before buying or using a fume hood for yourself or your laboratory.

What is the function of a fume hood vent?

We now know that a fume hood is a ventilated enclosure that traps toxic gases, vapors, and fumes inside it keeping your laboratory or workstation safe and breathable. An exhaust fan situated on the top of the laboratory building pulls air and other airborne particles through the connected ductwork and gets them out in the atmosphere through the exhaust.

How high should the fume hood sash be kept when you are using it?

If you are using a fume hood device, it is generally accepted that the height of the fume hood sash should be at least 18 inches from the base of the fume hood or from the position where the mechanical stop is affixed if there is one such stop present. The position of the sash above the mentioned height is for the setup operations only. This is practiced to remind the laboratory workers to keep their sashes at proper operating height or lower than that.

Some specialized fume hoods found in premium laboratories are equipped with a front sash, which is movable and an interior baffle. The sash may have the ability to move vertically, horizontally or in a path that is a combination of the two. This depends mainly on its design. Besides, they are also built in such a way that they offer considerable protection to the hood user by acting as a barrier between the worker and the experiment.

The air that is exhausted is directed by the slots and baffles of the device. These can also be adjusted in a wide array of hoods. This is done keeping an eye to allow the evenest flow. Furthermore, it is also important that the baffles are not closed or blocked because this will lead to blocking the path of the exhaust of the device. In many cases, you would often find the device coming with an airfoil or a beveled frame. This, on the other hand, allows more even airflow into the hood by avoiding sharp curves that are more likely believed to create turbulence.

If you are wondering about the types of fume hoods you can get, then it is important to note that there are primarily 2 kinds of fume hoods that are in operation today. They are:

How do you know that your device is working?

In order to find out whether your fume hood is working you need to first check whether the airflow is proper with a strip of paper, tissue, or ribbon by taping it to the fume-hood sash. Besides, it is also important that you avoid cross drafts and disruptive air currents in front of the fume hood. Also, ensure that the windows and doors near the fume-hoods should not be opened. 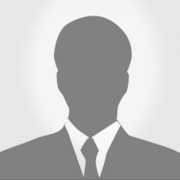 How to troubleshoot Echo Show Problems?

How to Choose an Expert HVAC Technician?

How to Record Skype Calls?