React Native is now the leading JavaScript framework used all over the globe for developing highly native-feeling cross-platform apps. That can run on both iOS and Android. This widely popular library created and maintained by Facebook has revolutionized the app development world with unique feature sets and offerings.

Today, React Native is the most loved technology among mobile app developers worldwide. Because it is easy to learn, highly flexible and scalable, tremendously performance-focused. And easy to build apps with reusable code and inbuilt tools and advanced features like hot reloading.

React Native is a JavaScript library, and naturally, the developers you hire should have strong command over JavaScript programming and best practices. JavaScript happens to be the most common language for web projects alongside HTML and CSS. This is why getting developers with JavaScript backgrounds is not difficult. But the coding skills, adherence to best practices, and knowledge f tools matter most.

React Native is an offshoot of the original ReactJS library, which is unique by mixing HTML code properties with JavaScript and delivering JSX. Other elementary React properties include Virtual DOM, component-based lifecycle, one-way data binding, and hot reloading feature.

How Clean is the Code Developers Write?

Many React Native app projects frequently suffer from bugs and errors because of this unclean code. The unclean and messy code also makes it incredibly difficult to maintain and up-keeping an app. When hiring React Native developers, assessing their skills through pair programming sessions besides taking a technical interview is essential.

Familiarity with Related Technologies and Tools

Being familiar with related technologies and tools is extremely important for the developers to get hired in app projects. It is particularly true for React Native projects as the framework is widely known for its modularity and use of various tools in shaping the app product to perfection.

Developers should have in-depth knowledge of libraries for managing application states such as Redux and MobX. Hey, it would help if you also understood how to control the application logic across platforms completely. The developers should also be versed with the ready to access testing tools for React Native such as Gulp, Enzyme, Bower, Hockeyapp, and several others.

Apart from the above-mentioned testing tools, developers should also be versed with unit testing software applications such as Flow, Prop Types, Jest, and several others.

Making an Assessment of Soft Skills

Apart from all the technical or Gard skills that we have explained above. The developers should also have certain qualities and attributes that we refer to as soft skills. In this respect, it is noteworthy that required soft skills vary as per the level and maturity of the developers you are hiring.

Cost should be your last Consideration

Let’s not forget the cost of hiring app developers is also a key consideration. But you should only bring this measuring scale to evaluate among the equals. It is always advisable to make a shortlist of the best resources for the project. And then compare their cost and rate. When you decide to hire React Native app developers in India, you should make sure that the developers, simply because of their expertise and skills, makeup to the list, not just because of their competitive rate.

React Native is ahead of other Cross-Platform Frameworks

Now, in the end, it is important to explain the typical advantages of using React Native over other cross-platform frameworks, particularly Flutter. In recent years Flutter has emerged as a great modular solution to deliver native user experience for cross platform apps. Despite some specialties, Flutter lacks several crucial aspects that made React Native so acclaimed.

Secondly, as far as reusing the core codebase. Flutter and Xamarin can reuse a maximum 80% of the codebase across platforms. While React Native allows reusing up to 90% of the code. For large app projects, this reusability of the code ensures optimum development speed.

Thirdly, React Native is the most loved development framework to date. And continues to thrive with inputs from app developers all over the world. The library is getting bigger and richer with continuous inputs. The access to a humongous amount of ready to use components and quick help from developer forums make React Native a developer-friendly technology with a lower learning curve.

Now, we have explained it all. With all these assessment steps, you are likely to get onboard the best React Native developers for your app project. Whether you hire in-house developers, freelancers, or remote development teams. These steps and measures stand their ground as effective and result-driven.

Hiring freelancers requires being extra cautious and checking their account more than anything else. When hiring remote developers, you need to consider cultural and linguistic differences, communication abilities, project collaboration capabilities, etc. You cannot go for the same assessment run-up to evaluate every developer. 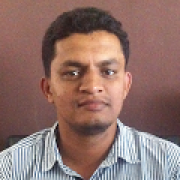