In the business world, technology has always played a pivotal role in bringing innovations. The fresh and ingenious ideas of technology made it easier for businesses to operate efficiently. Point of sale(POS) emerged as a revolutionary product for businesses as it took the convenience to another level. Businesses using POS systems became more efficient and productive, resulting in enhanced profits.

The positive impact of the POS system helped its popularity grow globally. The POS systems have evolved over the years in terms of functionality and scope. New advancements in this technology have been made, keeping the ever-changing needs of businesses in mind. This blog will cater to the evolution of POS technology in detail.

Although the development of POS technology came much later, its inception stretches back to the 19th century. In 1879, James Ritty, an Ohio-based Saloon owner, created the world’s first cash register. He saw a machine on a ship that counted the number of propellers’ revolutions from which he derived inspiration.

James Ritty and his brother worked on an idea to produce a system that could track his daily sales. They designed a mechanical device that basically kept a record of cash transactions and also helped prevent theft. Many years later, both the brothers opened a factory that manufactured cash registers.

The 1970s was a decade in which the development of cash registers for commercial purposes begun. IBM designed the first-ever computer-driven cash register in the 1970s that set the base for modern POS solutions. These POS systems included “dumb” terminals wired to a mainframe controller or processor. This new POS mechanism made the first commercial use of remote initialization, Local Area Network (LAN), client-user technology, simultaneous backup, and peer-to-peer communication.

By the mid-1970s, these computer-driven cash registers were installed in many stores in New Jersey and other U.S states. Despite many Asian manufacturers worked on micro-processing technology to enhance the functionality of an electronic cash register; still, much progress could not be made.

After the stagnancy seen in the ’70s, POS technology witnessed some groundbreaking advancements in the ’80s and ’90s. One of the most notable improvements was the development of a standalone credit card device. These devices made it easier for credit cards to be securely integrated.

All the previous inventions were built up to a more significant breakthrough in 1992 when the first-ever POS software was created. This invention is credited to Martin Goodwin and Bob Henry, who considered it an IT retail POS that could operate on Microsoft Windows. With time, more and more functionalities and new user interfaces were added to the POS systems.

Gene Moshel was a New York-based restaurateur who used the evolving POS technology at his restaurant. The mechanism that he deployed at his restaurant became the basis for modern POS solutions. Over the next few years, new features like touch screens and graphics were added to POS systems.

Post-2000, the advancements in POS systems were more rapid and significant. The POS technology became more powerful, user-friendly, and sophisticated during the 2000s. Modern POS solutions were not only limited to conventional POS functionality; rather, they could do much more. For example, financial reporting, operational reporting, inventory management, payroll modules, and customer management were prominent features of modern POS systems.

The POS solutions were made more compatible with different machines and operating systems post-2000. The point of sale systems became inevitable by the late 2000s. Every retail business started employing them, and restaurants were amongst the ones with the highest demand. Modern POS solutions offered ingenious features like tableside ordering and billing to restaurants. Such features are not only convenient for the customers but the restaurant staff as well. The internet boom resulted in cloud-based POS systems and features like online ordering contributing to the convenience factor of the technology.

Keeping POS’s progression in mind, it is safe to say that it is one of the most rapidly growing technologies. The future holds excellent prospects for POS systems as the manufacturers strive to make it more advanced and user-friendly. 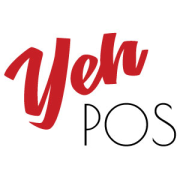