Before we dig into the history of Umrah, we must know what Umrah is. Umrah is a minor Pilgrimage which is similar to Hajj but it has fewer rituals than Hajj. Hajj carries seven major steps while Umrah requires Muslims to perform two key rituals Tawaf and Sai. Unlike Hajj, People perform Umrah through all the year. Looking for Umrah packages 2023? You can browse and search for Umrah packages to get updates regarding Umrah packages.

It is report that The Prophet Muhammad ﷺ was 40 years old. when he began to receive revelations from Allah, He ﷺ then started to preach the religion Islam on the divine command of Allah, Muhammad ﷺ and his companions who accept the Islam and convert themselves from non-believers to believers are called Muslims. The preaching of Islam was unbearable for the Quraysh who were then the ruling clan of Makkah, they victimised Muslims and enforced them to leave to the northern city of Medina.

The Prophet Muhammad ﷺ and his companions started a month-long journey from Medina to Makkah. The Muslims had with them their sacrificial animals and little provision for their journey. When the Meccan Polytheists learn about this journey they sent 200 soldiers to investigate. they were spying on the Muslims, they came to know that Muslims were here to perform Hajj, as they were unarmed. When Muslims came to know that the soldiers have been sent against them they eventually changed their route and camped near the town of Hudaybiyyah on the outer edge of Makkah.

So the soldiers went back and explained to the Polytheist about the situation that Muslims are here to perform Hajj. So the Meccans sent their leaders and diplomats to Hudabbiyah to negotiate with the Muslims. This was a grand opportunity for the polytheists to finish their greatest foes who were vulnerable, in the middle of the desert away from Medina.

Several armed oppositions followed, along with the Muslims enforcing a return pilgrimage to Makkah in 628, as directed by one of the revelations. They intimidate Muslims to surrender and threatened them with attacks and remind them that they unarmed. Muslims stood firm and refused to surrender, so the diplomats attempted to break the unity of Muslims, but nothing happened on the contrary the unity of Muslims intimidated them. This situation made them go back and inform the polytheists about the situation and unity of Muslims and their attitude that Muslims are highly vigorous and attacking Muslims can lead them to an atrocious fate.

In the meantime, The Prophet Muhammad ﷺ sent his ambassador Osman RA to The Quraysh to aware of their cause, that they have just come to perform Umrah else there was no other intention behind this visit. Thus The Quraysh must have let them perform Umrah without any hindrance. Even though it was an establish tradition among the Arabs that anyone is free to perform Hajj, it was not require to inform The Quraysh about it, The Holy Prophet PBUH did this peacefully.

The Quraysh rejected them

Prophet’s companion Osman RA proposed to the Polytheists to permit the Muslims to perform Hajj, but they rejected his suggestion and said we would only allow you to perform Hajj, as you are already in Makkah but Osman RA didn’t accept their proposal saying I wouldn’t perform Hajj without my Muslim brothers. Meanwhile, the rumours blow-out that the Quraysh had taken Osman RA into custody and had killed him; this news infuriated Muslims and made them swear to avenge the blood of Osman RA so they decided they would fight back with their sacrificial knives and small animals.

The Messenger of Allah informed his companions, “It is the time to renew the agreement with Allah. Meccans contracted to a truce and the Treaty of Hudaybiyyah.

After a lot of disagreement, they finally negotiated the following Terms

This is known as the Treaty of Hudaybiyyah

After the treaty signed, the Muslims returned back to Medina without performing the pilgrimage.

Dream of Muhammad ﷺ & the Consequences of the Treaty of Hudaybiyyah

You will enter Masjid-Al-Haram, by the will of Allah.

You will enter in and will shave your heads, and you will cut your hair and you will not be afraid but Allah SWT knows what you don’t know and Allah SWT has instilled within that. An opening that is to come soon, so Allah SWT saying to his Prophet Muhammad ﷺ and his believers that the ru’ya will happen, the dream will come true, but as the Prophet Muhammad ﷺ explained to his companions this was for next year not for this particular year. However, look at all of the blessings that came through Hudaybiyah. The ability to preach peacefully and the ability for Islam to spread far as the result of the journey Prophet Muhammad ﷺ took.

A year after the Treaty

At the moment the beloved companion Hazard Ali (RA) was coordinating with the Meccans. The Quraysh retreated to the outside of the Haram and left the Haram for the Prophet Muhammad ﷺ as a part of the deal.

They had to watch the Prophet Muhammad PBUH and Muslims performing their Umrah. The Prophet PBUH along with his companions coming to do Umrah first time in seven years now and the Meccans who have persecuted them and made them run out of the Makkah as a part of the deal, they are seeing what Muslim Umrah looks like and watching these Muslims proceed so beautifully to carry out their Umrah. They heard the Talbiyah, the chants for the first time.

The Quraysh had this rumour that Muslims have become vulnerable in Medina, and these people as soon as they left Makkah, lost their strength. Thus The Prophet Muhammad ﷺ said that as a Sunnah when you go to Tawaf, you have to show your strength in the first three rounds. So Tawaf-Al-Qudum, The First Tawaf the men will expose their shoulders and they were tell by Muhammad ﷺ to run so they had to run at a fast pace to show their strength so the rumour that they have become weak in Medina was dismantle in that regard. So that is why when Muslims go to perform Umrah, we have to follow the Sunnah of Raml (of going quickly) within the first three wounds.

The Prophet Muhammad performed 4 Umrah in his lifetime

When was the first ever Umrah?

The Prophet ﷺ entered the state of Ihram and set out on a journey. towards Makkah with the intent to perform Umrah.

When did First Umrah take place and how long it took?

During Ramadan, the reward of Umrah is immense. So if you want to perform Umrah in the holy month of Ramadan you can book Ramadan umrah packages to make your journey possible. 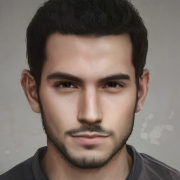