Excerpts from the following content use from the official press release by the leading New Jersey interactive agency Rosetta. This is yet another unique way that interactive agencies are using augmented reality to engage consumer experience. To be honest, it felt strange trying to align my tongue to the screen but it fun trying to then capture the snowflakes for a good cause.

Rosetta announced a breakthrough in augmented reality technology that debuted in the holiday card sent to Rosetta’s clients and friends. The card, which combines motion detection and facial recognition elements, challenges recipients to collect a million digital snowflakes. Their tongues, which will in turn, benefit New Orleans youth.

For Rosetta’s holiday card, the agency develop an algorithm that is able to detect. As accurately as possible, when a person’s mouth is open and when his or her tongue is stuck out. According to Rosetta, this is the first time augmented reality technology been able to distinguish a feature as intricate as a person’s tongue against the background of a human face. Rosetta create the motion detection and facial recognition technologies using flash. And combined the elements in a way that allows them to work in sync and form a game.

When a recipient opens the card, he or she can play an interactive game that involves catching falling snowflakes. The game is designed to automatically launch a viewer’s webcam when the player hits “play.” The player is asked to stick out his or her tongue, and the new augmented reality technology tracks. The player’s tongue movements with his or her head and shoulder movements. Each time a player’s tongue catches a snowflake on the screen, a point will add to the automatically update tally that shows. How many snowflakes caught by all card recipients.

When one million snowflakes are capture, Rosetta will sponsor a “snow day” for New Orleans children who never experience a snow day. The event will take place in a New Orleans’ City Park on February 20th, 2010. Its feature games and activities, food and beverages and an appearance by “Frosty the Snowman.” The festivities will cappe by six inches of “real” snow. Rosetta email the holiday card on December 15th to thousands of clients and friends who are encourage to pass it along.

Try Out The Holiday Card

Rosetta’s Creative and Customer Experience Team came up with the idea as a fun way to connect the holidays with this interactive game and the charity effort. Also, they worked with teams from each of Rosetta’s offices across the country to develop the game and “snow day” event. Overcoming the technical challenge of mapping and tracking an object as small as a human tongue was achieved through a collaborative effort by Rosetta’s technology team.

“This card represents some of the best of what Rosetta is all about great creative ideas, cutting-edge technology. A deep understanding of social media, and a commitment to the larger community,” said Chief Creative Officer, Gary Scheiner.

“We came up with this idea, and then our tech guys figured out how to make it work,” added Toni Hess, Partner and Group Creative Director, who spearheaded the initiative. “It uses facial recognition software, which I don’t believe has ever used like this before.

How Could We Create It?

Right off the bat, we could make an independent application that would oversee and enliven our card. The Unity game motor and Vuforia (an augmented reality add-on) would have been ideal for this. Adam had utilized both for a customer AR model and enjoyed how hearty they were. We ruled against this course. The cost was high, and we had a cutoff time (Christmas!!). Making, distributing, and supporting specific applications to each store wasn’t attainable.

We would configure, fabricate and transfer our card to a well-known augmented reality stage. Clients can undoubtedly download applications like Aurasma, Augment and Blippar for nothing and interface with content. Utilized by any semblance of the Bank of England, Planet Earth, and Mcdonald’s, they have a decent friendship after! We chose to go with Aurasma, as that would permit us to zero in on the card’s plan and utilize 3D displaying programming to make the augmented reality components.

Christmas cards are typically shown somewhat open and lying on a surface. Thus, utilizing increased reality to make components jump out of the card towards a beneficiary would be incredible! We planned a friendly snowman as we envisioned it is amusing to investigate the 3D model.

Adam utilized Blender (a 3D programming) to vitalize the snowman and added augmented reality components in Aurasma Studio. It was a pleasant mix, as he could fare and view his activities from Blender in Aurasma.

Testing actual models was energizing! It had the ‘goodness’ factor we were after, as watching the frigid scene wake up was quite noteworthy. Be that as it may, we understood adding more customized content could compensate clients who had downloaded the application much more. We shot a unique Christmas message from the whole group, technology dissertation added our showreel, and overlaid the video at this point with another augmented reality component.

Whenever we’d printed, marked, and conveyed our pleasant augmented reality cards to Cyber-Duck’s group of customers, providers, and companions. We needed everybody to get in on the activity. We transformed our card plan into a specific microsite with a punchy video! Presently, clients can customize our card, produce a custom URL and offer our expanded reality experience through Facebook, Linked In, and Twitter.

With this sort of occasion card, you can set aside a critical installment in your connections and show individuals that you consider them. It reminds your clients why they love you by stressing the most astonishing aspects of your image, similar to your imaginative soul or your comical inclination. You can, without much of a stretch, welcome them to proceed with the discussion. Past conveying an ardent occasion message, expanding the truth is ideal for connecting with your clients in Christmas-themed games.

What amount of cash is spent on Christmas cards every year?

Last year, Americans spent more than $9 billion on gift vouchers, a full third of yearly gift voucher deals purchased for other people, as per Packaged Facts. You may even score at least one yourself. Another $7 billion in gift voucher deals is from bosses buying cards to provide for their workers.

How might I make a Christmas picture card free of charge?

With Smilebox, it’s not difficult to make Christmas Cards with photographs. Effectively transfer pictures from your telephone, PC, or online media to your free Christmas photograph Cards. Click “Add More Photos,” and adhere to the guidelines on the best way to transfer them to the online Christmas card producer.

What’s the contrast between occasion and occasion?

What hello cards sell the most?

The top-selling regular card is the birthday card which represents over a portion of the absolute sold. Is trail by wedding and commemoration, recovery and compassion, and kinship and consolation cards. Top-selling occasional cards are Christmas and occasions cards. 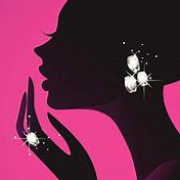