Gooseneck kitchen sink mixer taps come with a high curved outlet and a U shape or Square shape. The height of a gooseneck sink mixer makes it effortless to clean bigger items such as a pot. Besides, they look stylish and elegant in a modern kitchen and they are somewhat sleeker than other pull out taps. Most square spout mixers are made of polished chrome finish.

The spout portion of the tap is a tall vertical pipe that can curve through 180 degrees and swivels on its base, so the water can be supplied into different parts of the sink. It is extremely useful for washing chores, be it cleaning vegetables, fruits, or utensils.

The trend for coloured taps such as copper, rose gold, gunmetal, and matte black is on the rise. In the past, roughly five years ago, powder coating and electroplating were applied for colouring kitchen and bathroom accessories such as taps, showerheads, lever handles, towel rails, and toilet roll holders. However, it was observed that it could scratch easily and after a few years, the wear and tear would also become visible.

Thanks to modern technology for introducing PVD (physical vapour deposition) – it is a vacuum coating technique used to apply coloured finishes on metal. Perhaps, you will notice the use of these technologies on higher-end products of leading brands such as Abey, Blanco, Castano, Franke, and Nero.

Pull Down or Pull Out Sink Mixers

Pull-out or pull-down sink mixers are considered the most practical and convenient solution in the kitchen. It can help you to complete kitchen chores conveniently and speedily and provide many advantages that include:

A sink faucet or tap is a device that controls the flow of liquid whereas, in a mixer, the cold and hot water supplies have a common outlet or spout and are operated individually, they can either be a single or double lever.

The handle or lever on the tap is for balancing the flow of water and water temperature. In earlier days, most kitchen taps or basin taps were double handles or double levers that’s because, in those days, mixers were way too pricier. Thanks to the latest technological advancements, now they are made at an economical price point and have made single-handled taps affordable.

How do they work?

Single Lever Mixer: In a single lever mixer tap, both cold water and hot water inlets would go to the same place and the mixer within the tap will let you control the pressure and temperature from the same tap.

Why are Single Lever or Single Handle Taps Highly Preferred?

If you’re having a smaller sink, then go for smaller single lever taps or pillar taps, they are practical and handy for the smaller area. However, if you have a large sink or double bowl sink, then it’s best to choose taps with wider spouts, which will help you to complete the chores with the utmost ease. 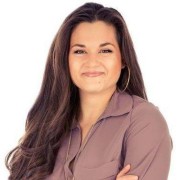 How to Design the Perfect Kitchen for Your Lifestyle

The 16 Most Common Drain Problems and How to Fix Them

Washing Machine Repair Tips You Can Do Yourself