Poor workmanship cab is dangerous in the future. Because it takes some time to show the damages done by roofer. On the common, almost every roofer do when they install asphalt shingles. It can be tricky, but this guide is from one of the most known roofers in the bay area and San Jose, California. This San Jose roofing contractor gave an explanation about a few common mistakes that most of the new roofing companies do, and also gave guidelines on how they can avoid it.

In my years as a roofing contractor, I’ve inspected thousands of shingle rooms literally on all types of buildings in an all manner of disrepair. During those visits, I’ve noticed that most problems people are having related to their asphalt shingles are related to just a few common installation mistakes. In this short guide, I’m going to show you what these mistakes are and how to avoid them.

The number one mistake people make when installing shingles is using the wrong nail pattern when placing the nails too high on the shingle. When you do this, you miss the top edge of the shingle below and leave too few nails in that shingle for most asphalt shingle profiles. The nail needs to have at least eight nails holding it on when you place your four nails in the face of the shingles. Too high. The shingle below is left with only four nails instead of eight. This can lead to big problems down the road as this shingle is now vulnerable to pulling off those nails and just falling off the roof. Make sure to follow the exact manufacturers’ instructions on how many nails to use and where to place them in the shingle.

One of the other more common mistakes that I see was shingled roofs are using them on rooves that are too flat. All Shingles are designed in a way where it can be installed on roofs with a pitch greater than two over twelve. That’s a nine and a half degrees, and they really perform best on roofs with a 4 12 pitch or greater.

That’s 18 and a half degrees. While you can get away with installing shingles down to a 2 12 pitch with special precautions, I’d strongly advise you to avoid any applications below a 4:12. The fact is, the slower the water is moving off your roof, the more likely you are to have problems. Especially important to take into consideration is the design of the lower slope roof. If the roof is cut up with many valleys and weird angles or there are many good penetrations like pipes or God forbid a skylight, please steer clear of installing shingles on that section of the roof. Trust me; you’re just asking for trouble.

Another common mistake that I see all the time involves flash and pipes. I’d bet that 50 percent of all the leaks that I have ever looked at have come from around the pipe flashing. Many times the flashing has just worn out, and the rubber has split around the pipe. You are letting water in. Just as common, though, are leaks that come from nails that are placed too close to the corners of the flashing over time. These nails work themselves loose and allow water to flow under the edge of the boot and leak into the hole created by the nail. You can avoid this by placing your nails further away from the edge of the boot. And better yet, use one of these gasket screws, which also resists backing out. Watch the section in the main video that covers pipe flashes to learn about my technique for doubling up your pipe boots to avoid problems caused by the rubber wearing out and splitting.

Another common mistake that I see involves an incorrect overhang of the shingles. So many times, I’ve gone out to look at a roof. Even a new installation in the scene. The Shingles Haine way too far off the edge of the roof. While they might have looked okay at the time that they were applied, shingles that are left to overhang the roof more than an inch and a half are prone to do some serious sagging. While this not only looks bad for years to come, these shingles that are left to flop over the edge of the roof are going to crack over time and open up those areas of the roof to leaks and rotting of the patients off it. While manufacturers and shingles differ somewhat, most shingles are designed to hang over the roof only half to three-quarters of an inch for best success. Use a piece of drip edge like this and follow your shingle manufacturers’ specific installation instructions.

Wrong Use Of Architectural Shingles

The last common mistake that I see all the time involves applying architectural shingles with a racking pattern while applying shingles vertically like that is an acceptable technique for three tap shingles. You should never use this method for architectural style shingles while the shingles go on fine, and they look normal when they’re applied this way. Years later, they will develop serious cracks along the seam that lead to leaks and premature failure of the root system. In this section of the video on installing shingles, I’ll give you a technique that will work well with both three tap and architectural shingles or in case of asphalt shingles. I’d also note that all shingles come with specific installation instructions printed on every package. They’re there for a reason. 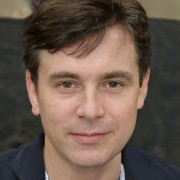 All about Electrical Insulation Tapes

The Experts At The Best Curtains Shop In Abu Dhabi