Apple and smart devices have a long history. Many believe that it was Steve Jobs’ pioneering vision to introduce the touch-sensitive innovation to phones that led to the beginning of a new era. Thanks to Steve Jobs and Apple’s continual intuitive upgrades, it has created and captured its own niche market. According to Statista, Apple has generated revenue of 71.6 billion US dollars from the sales of the iPhone in merely the first quarter of 2022.

Apple’s other captivating feature is its App Store which has allowed thousands of developers, individuals and businesses to leverage its powerful SDK and provide users with purposeful applications right in the palm of their hands. In 2008, App Store launched with merely 500 iOS apps, but today the number is in the millions. According to 42 Matters, the App Store today has approximately 1.71 million apps and around 715.87k app publishers.

A product of JetBrains, App Code is a smart IDE that aids in the app development on iOS and macOS. App Code is the house of numerous useful plug-ins and shortcuts that help developers code faster. It comes with a smart editor which offers smart code completion and formatting.

Its code generation and refactoring capabilities enable developers to focus on other crucial tasks. Besides code completion and code generation, its other useful features are:

Flawless is a high-class app designing iOS development tool that is mostly used for iOS and macOS development. Its chief objective is to resolve the ambiguities between developers and designers by helping them with the implementation of polished and tuned designs in their applications and offering a detailed comparison between the original design and the implemented design.

By allowing developers to compare designs in real-time and identify and rectify the visual issues at early stages, it enhances the overall design quality and the visual appeal of the app. Other pragmatic features of Flawless include:

Swift is Apple’s own technology and was first released in 2014. As a core programming language, it holds immense potential and encloses superior features that help developers to build futuristic iOS apps. Compared to other languages like C++ and JavaScript, it is newer and yet is highly influential which is why companies today prefer to hire Swift app developers to make the most out of this platform.

Alamofire is a network-based HTTP library that serves as a valuable iOS development tool in macOS and iOS development. It sits atop Apple’s networking stack and offers an interface too. It is completely Swift-based and comes packed with a comprehensive set of features including AlamofireImage, an image library that has custom filters for images, a priority-based downloading system and image response serializers.

It has another intriguing feature called AlamofireNetworkActivityIndicator which helps developers in controlling the visibility of network activity indicators on iOS. Other intuitive features of Alamofire are:

Mockingbird is a framework which makes it easy for developers to mock and test objects during Swift unit tests. There is no need to modify the production code or write a boilerplate, and it can be used for testing objects written in both Swift and Objective-C. It is used by big companies like Amazon, Meta and Twilio.

The syntax of this mocking framework is known for being expressive, readable and safe. Besides the standard features, it comes with advanced features like performing asynchronous code tests, creation of partial mocks and storing and resetting mocks. Mockingbird’s other notable features are:

RayGun is a high-end debugging and app monitoring tool that offers real-time, actionable and useful insights into the performance of mobile and web applications. As its official site claims, RayGun provides ‘instant visibility into the health of your software’. Starting from monitoring and improving front-end performance to an advanced deployment tracking system, RayGun practically has almost everything that is required for creating a flawless iOS application.

This cloud-based software offers support for over 30 frameworks and languages. It has a Raygun4Apple library that is popular amongst iOS developers for its ability to track both Objective-C and Swift applications and get both individual and accumulated crash reports. RayGun’s list of remarkable features also includes:

Apple holds a huge chunk of the smartphone market and this puts iOS developers in high demand. Therefore, it becomes imperative for them to know and learn as many iOS development tools as possible. The above-listed tools come with advanced technologies and help developers in the development of dynamic, responsive and visually-attractive iOS applications. To make your app more productive, you can hire professional help by joining a renowned iOS app development company. 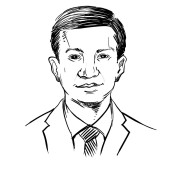