Dubai loves a challenge and that is one of the reasons it is deemed as one of the futuristic cities in the world.  Dubai has a niche for creating attractions that would stun the world. Among its many record-breaking marvels, Burj Khalifa stands out as the most outstanding masterpiece of architectural wonder in the city. Standing 829 meters high, the structure holds the world record as the tallest building in the world. Previously Dubai was recognized by the sail-shaped landmark of Burj Al Arab Jumeirah. However, the unveiling of Burj Khalifa swiftly replaced it and became the iconic landmark of Modern Dubai. Since its opening, Burj Khalifa has become a favorite spot for international visitors. For locals, it is an easy answer to one of the things to do in Dubai this weekend dilemma in case they need a short break from daily life. A tour to Burj Khalifa is an absolute must-do in your Dubai travel plan and here is why you should visit it.

Some mind-blowing facts about Burj Khalifa: 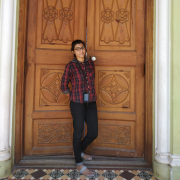