Teenagers experience as many mental health issues as adults do. But the majority of teens go untreated and un-diagnosed, that creates significant problems in the future.

Every one in five teens aged between 12-18 years suffers from mental issues. See the following illustration reflecting the common mental disease ratio among teens.

It is important to exclude the stigma attached to mental health and educate common people more regarding it. That, it is a common health issue and anyone can get victimized of it.

Let’s discuss some of the common issues that are affecting teens.

Depression is a continuous feeling of lack of interest and sadness. Hence, it hurdles in performing daily routine chores. Basically, there are four different kinds of depression with more or less similar symptoms. The general symptoms of depression are as follows;

Apart from the above, multiple reasons cause depression among youth. And, the most prominent ones are the abusive parental relationship, fear of failure, physical injury, and feeling deprived.

Hormonal changes in teenagers can also be responsible for a higher depression rate. Along with this, negative thinking and constant struggle to be in the limelight are also causing depression among teenagers.

The feeling of discomfort and worry is known as anxiety. There are different types of anxiety such as, social anxiety which is a fear of society. Moreover, general anxiety is curiosity and tension about any element of life. The general symptoms of anxiety are;

Anxiety can be the leading cause of suicide, as it hurdles in speaking, sharing feelings, or socializing with friends. Therefore, a patient feels like trapped in a solitary confinement leading towards self-harm and guilt. The inability to share sorrows and worries intensified the symptoms and eventually engulfed patient.

The oppositional defiant disorder is the anger, argumentation, and vindictiveness in a teenager. The signs of the disease are visible from the pre-school years and increased in teenagers. The symptoms may include;

Thereof, teens having temperamental challenge develops the disease more rapidly. These teens show symptoms when they transit from school to college. They felt difficulty in complying with the environment and get victimized. As a result, the severe disorder can even lead to killing a bully or any authoritative individual. If the victim is an introvert, suicidal cases are also witnessed.

Attention deficit hyperactivity disorder, commonly known as ADHD, is inattention in the ongoing activity or hyperactivity in daily chores. Below are the common symptoms;

Usage of excessive alcohol, cigarette, and drug abuse are the major reasons causing ADHD among teens. Meanwhile, the drug usage and mental illness are increasing dramatically across the globe.

The disease is more common in males, contrary to females. The enforcement of quitting drugs or the guilt of not performing well can lead to suicide. Therefore, it needs gradual ceasing of drug use and professional assistance.

Obsessive-compulsive disorder is the obsession of repeating an action or urge to do something. The common symptoms among teens are;

The primary reasons for disorder among children are the environment and traumatic experience. A constant bulling due to a specific trait causes trauma leading to the disorder. The feeling of being unfit in the environment is also included in the list.

The majority of homosexuals or bisexuals get victimized for being a misfit. Even mild cases of disorder can lead to suicide. As, the first option that any teen can think of is suicide in this case.

How to Reduce Suicide Rate among Youth

The numbers of suicidal cases among teens are increasing rapidly across the globe. Numerous studies are under process to extract the core reason for this.

Social media, fake lifestyle, and desired to achieve utmost are considered the primary source of suicides. Let’s discuss some of the preventive measures to reduce suicide among youth.

Education and training of parents for preventing suicide among youth is the basic preventive measure that also plays great role. Moreover, almost every mental disease is linked with an abusive or broken relationship among parents. Therefore, the lack of attention or poor attitude of parents is accountable.

Experts believe that only the active listening of parents can do wonders. As, it can reduce the suicidal chances to half. Parents do not listen properly and jump to the conclusion. As a result, children lose their trust and start solving the problem on their own. Parents can enroll in special training programs that are also available on the phone.

Teens that die from suicide were never treated or diagnosed with mental illness. Due to which their disease grow and lead to suicide. We can train educators and counselors to identify early symptoms of disease among children. But, schools are run on a district basis, and every district does not have a budget to do so.

Therefore, a simple solution for this is the gatekeeper training of teachers by utilizing the Garrett Lee Smith State/Tribal Youth Suicide Prevention and Early Intervention Grant Program.

The debate on gun control is already heated in the nation. Not only terrorism activities but suicidal cases are also linked with this. Households having ammunition are at higher risk of teen’s suicide. Hence, the effectiveness of an ammunition ban is evident from the case of New Zealand.

After a suicide case, the nation ban firearm dropped from 4 in 100,000 to 1 in 100,000. The ban will also support reducing lethal or injurious cases committed by mentally disturbed youth.

The resiliency factor refers to the ability to cope and adapts to stress caused due to life events. Once an individual is diagnosed with a mental disorder, the people surrounding them should build resiliency factors around the victim, like if they have difficulty in writing, provide them with assignment help. These may include;

Suicide is not an option

The enhanced usage of social media and sustainability of extravagant but fake lifestyle has dragged teens into mental illness. The obsession with being perfect in every domain also contributes to it. Moreover, increased connectivity which we consider positive in many fields, is creating harmful effects on the youth.

Meanwhile, the constant battle of globalization and traditions results in mentally ill youth. Therefore, depression and anxiety are getting common as cough and cold among the population. The ratio of other mental disease is also increasing rapidly.

These conditions lead to suicide attempts and thoughts. Therefore, Many youngsters commit suicide, considering it as the ultimate solution to their problem. I hope the strategies that I have mentioned above will facilitate in decreasing the suicidal rate.

Amanda Jerelyn is currently working as a Blogger at Crowd Writer. Also, she is an expert lifestyle counselor. Moreover, She was previously working with several organizations serving victims and is a dedicated writer. Hence, Her dedication and expertise are visible from her blogs. 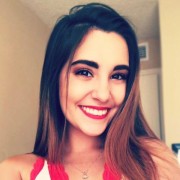