The business world has got to the point where everyone agrees that custom mobile app development is imperative for any business’s growth. The question isn’t whether you should or shouldn’t have one anymore. It’s all about how you approach the entire process and how well prepared you are before you go into it.

For someone who hasn’t been privy to the process of app development before, it can’t be easy. Some terms can seem somewhat confusing. The fact that there are multiple platforms to consider doesn’t make things any easier either. It’s best to go into it fully equipped with the knowledge required. The more you’re sure of what you know and what you want, the better you can brief your app development expert.

So before you start, here are a few basics to peruse through.

Native applications are built for a specific operating system, such as Android, iOS, etc. To be used, each native app is required to be installed on the device by the user. This can be done from the respective app store, like Google Play Store or Apple App Store.

Native apps can capitalize on the specific device’s features. These apps can also access all of the device’s hardware, e.g., notifications, contacts, SMS, etc. They integrate seamlessly with the devices, providing a better user experience. The performance of native apps is usually superior to that of their hybrid cousins. Since these apps need to be installed from app stores, the discoverability aspect is higher.

With native apps, you need to build one for every platform – the one you created through custom Android app development won’t work with iOS devices and vice versa. This adds to the already higher cost that has to be borne. App stores typically retain some percentage of the revenues, and they could also levy restrictions in terms of what can or cannot be done.

Progressive web applications are built specifically for one environment – the web. Therefore, if your phone has a pre-installed web browser (which all smartphones do), the application will be compatible automatically and doesn’t need installation. Also, web apps are platform agnostic. Most web apps can store a massive amount of data without using the Internet.

Consistent user experience is possible with web applications. They need to be built only once and function across platforms and devices. This means that the cost is lower.

Web apps can’t access the device’s hardware as native apps can. If they have to be monetized, a paywall needs to be set up. Also, discoverability on app stores is not possible, and one is restricted to organic discovery through search engines.

A responsive web app is a web app made with mobile usage in mind. Responsive apps are ideally suited for large content-driven websites. They’re also used for transactional applications.

Responsive web apps have similar advantages as regular web apps. They work well across platforms and devices. Only one application needs to be built and maintained for all environments. The cost of developing the same is also relatively low, and it’s easy for non-mobile developers to pick this up fast, as they don’t need to learn mobile-specific programming stacks. This is one reason why enterprises prefer responsive web apps.

Hybrid applications combine the features of both native and web applications. It is often said that a hybrid app is essentially a web app that is packaged like a native app or has the casing of a native app.

They are cheaper and quicker to build than native apps. Hybrid apps can utilize Device-specific functionality. The app can be found in app stores easily and won’t open on web browsers.

In comparison to native apps, they aren’t as optimized for the device. The UI elements may not be consistent with that of the device, often resulting in an average user experience. Despite much is happening in this space, several players address some negatives associated with Hybrid apps (like performance issues).

There is no one-size-fits-all approach when it comes to developing mobile applications. The decision has to be made keeping in mind your audience, the objectives of the mobile app, and budgetary considerations. Once you identify the nature of the application that is right for business requirements, the clarity provides your developer’s momentum to forge ahead. 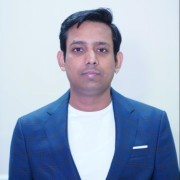 I am a marketing executive associated with iPraxa, loves experimenting with the latest marketing tools and techniques to reach the targeted audience in a truly authentic manner. I have proven expertise in resolving all the technical complexities involved in the development of innovative, unique websites and apps.

How to become a Home Chef?