There are various historical places in Leh Ladakh that includes time honored buildings, monuments, palaces, museums, parks and monasteries. All these historical sites will take you on a walk through the rich history and glorious past of Leh Ladakh.

If you are planning to visit Ladakh then Swastik Holiday, best tour and travel agency in Mumbai, recommended a list of historical places in Leh Ladkah that you should visit while travel to Ladakh. Checkout the list given below:-

Takthok Monastery is a house of 55 lamas. Its magnificent architecture, murals, assembly hall and the holy throne of Dalai Lama makes it one of the most famous historical places of Leh Ladakh. The Takthok Monastery has 108 volumes of the sacred book of Buddha’s teachings known as Kandshur and also has a temple called Dukhang which stands for an assembly hall and caves. Meditation cave of Padmasambhava, statues of Future Buddha and Dorje are the highlights of Takthok Monastery. Summer time is the best to visit this Monastery.

Thiksey Monastery is the most beautiful monastery in Ladkah paint with red, yellow and white Color. It situate at an altitude of 11,800 feet from the sea level. The Monastery has a big Maitreya Temple dedicated to Lord Maitreya and an assembly hall with various manuscripts and murals. It is one of the most beautiful historical places in Leh Ladakh due to its statue of Maitreya Buddha which is the largest statue in Ladakh. Tourist can also enjoy a beautiful view of the flood plains of the Indus Valley from there. The opening time of this monastery is from 7:00 AM to 7:00 PM.

Hemis Monastery is a Himalayan Buddhist Monastery establish in 1672 by the King Sengge Namgyal of Drukpa Lineage. Its mesmerizing architecture, interiors, a huge copper statue of Buddha, a huge statue of Guru Rimpoche, Buddhist relics and ancient items makes it one of most beautiful and historical places in Leh Ladakh. A lot of tourist visit this Monastery and tribute to the lord Buddha and Guru Rimpoche and enjoy the famous Cham Dance or Masked Dance during Hemis Festival. The best time to visit this Monastery is June-July month when Hemis festival celebrated.

The Shey Palace is located on the hillock in Shey which is 15 Kms to the south of Leh-Ladakh. There is a second largest statue of Ladakh inside the Shey Palace Complex. It was construct in 1655 by the kind of Deldan Namgyal which has been almost ruins. It is one of the best historical places in Leh Ladakh because Kings of Ladakh stays in Shey Palace during summer. The Town was the summer capital of Ladakh in ancient time.

Stok palace has a unique architecture along with complete aura of the place is royal. Its beautiful crowns, gardens, amazing views and the royal glory attract a lot of tourists from all over the world. Palace has a library with 108 volumes of the Kangyu, Queen’s ancient crown called Yub-Jhur and a sword that the king’s Oracle managed to bend into a knot called the Uri Geller–style that makes it one of the most historical places in Leh Ladakh. It was built by King Tsepal Namgyal in 1820 and open for public after the blessing of The Dalai Lama. You should visit this beautiful place during Tour Packages to Leh Ladakh otherwise you will regret definitely. The best Time to visit the Stok Palace is May to September.

Leh Palace is one of the historical places in Leh ladakh which was built in the 17th century. The palace has a magnificent mediaeval Tibetan architecture style that keeps its interior warm during cold and cool in summer days. It has large rooms, corridors, and chambers inside it. Tourists can enjoy the panoramic beauty of sunsets and sunrises from the top of this palace. It’s a perfect place to enjoy the breath-taking views of the entire Leh along with Zanskar mountain range. The Palace has been ruins but it is a most visited place in Ladakh for Tourists. The best time to visit this palace is April to September.

Tingmogang Castle is one of the historical tourist spot in Leh Ladakh. It was built in 17th century when Gragpa Bum was ruling over Sham. The castle is located at about 92 kms west of Leh. There is a red chapel – Tsuglagkhang Marpo, a self-originated image of Avalokiteshvara, installed inside the castle and symbolize as an object of merit. The best time to visit the Tingmogang castle is June to September.

Shanti Stupa is one of the most visiting historical places in Leh Ladakh. It is a white dome Stupa situates on the hilltop of Changspa at an altitude of 11841 feet above sea level. The Stupa was constructed in 1991 by the Japanese Buddhist monk Gyomyo Nakamura. Relics of Buddha, Dharma Chakra, Scenic hilltop views, Sight of traditional Ladakhi houses are main attractions that make it one of the best tourist spot in Leh Ladakh. It is situated opposite to the Leh Palace that illuminates with lights at night and looks very beautiful from where you can enjoy a breath-taking panoramic view of Changspa village. The best time to visit this place is May to September at 5:00 a.m. to 9:00 p.m.

Sani castle is bless by Padmasambhava of Oddhiyana which has most sacred statue of Naropa and various surreal wall paintings execute by Zadpa Dorje. There is also a Stupa of Kanishka and a meditation cave. It is also believes that the Guru stayed here and practiced a long time meditation. It is also a cemetery of Dechendal that makes it one of the most important historical places of Leh Ladakh. The best time to visit the Sani Castle is November to March.

Gurudwara Pathar Sahib is a very beautiful, colorful and attractive place of worship of Sikh Community. It lies on the Leh Kargil Road before 25 Kms from Leh situated at an altitude of 1200 feet from the sea level. Local Ladakhi People and tourist believes in its spiritual power that makes it one of the most spiritual historical places in Leh Ladakh. It is said that when Guru Nanak was busy in meditation then a demon attack on him by the rock. When this rock touched his back then it became like wax. Even today there is a mark of the size of Guru Nanak Sahib back at that rock. This rock is still kept into the Gurudwara, which is looked after by the Buddha monks of Ladakh and the Indian Army.

The Jama Masjid of Leh is the largest and most visited mosque in the Ladkah region. This mosque was construct by the Mughal emperor Aurangzeb about 300 years ago with the help of the Ladakhi King Dildan Namgyal. It is a symbol of the agreement between the Mughal Empire and the Ladakhi Kings against invaders. This Mosque reveres as an ancient heritage which is carves out of stones and most of the surfaces have historic and holy inscription. There is a Shahi Hamdan in its courtyard dedicate to Sufi Mir Hamdan. This mosque is patronize by the Sunni Muslims locates in the central bazaar of Leh. 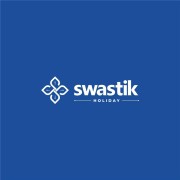 Swastik Holiday is a leading tour and travel agency in Mumbai.