As the WebRTC has been open to the public, video chats have become easier to develop. A number of APIs and services, servers and frameworks have emerged because of that. Read on to know as we describe the best possible way to develop a  video chat SDK between android applications and web browsers.

You should understand what are codecs, ICE, STUN, TURN, SDP, candidates, and many other words, while you implement a video chat based on native WebRTC API.

WebRTC and Websockets are the terms that can be confused most of the time. Occasionally SIP takes part in this mess too. We can certainly state that WebRTC is not straightly related to neither SIP nor Websockets.

Instead, developers can use plain HTTP for that or send the SDP by e-mail. We can use any protocol to send SDP messages and exchange its signalling information. For browsers, the default protocols to send data are HTTP and Websockets. Therefore, Websockets is mostly used since it is closer to real time compared to HTTP. You can’t transfer video or audio through Websockets by only signalling information such as text and commands.

WebRTC, Websockets and SIP: The Definition

SIP is nothing but a text protocol to exchange messages and WebRTC is usually assumed incorrectly as SIP withinin a browser. Since SIP messages also use SDP to configure codecs while establishing connections, it is misunderstood.

Similarly, SIP telephone is meant as a device that comes along with SIP protocol that supports a dozen of other network specifications and protocols like the RTP, SDP, AVPF, etc.

Therefore, WebRTC uses these as construction bricks parallel to the ones used by a SIP telephone). Thus, both WebRTC and SIP devices use the same technology, yet calling a WebRTC as SIP in a browser is incorrect since browsers do not have SIPs from nowhere.

Additionally, a number of auxiliary functions including adaptive bitrate, network overload control jitter compensation, and so on.

To transmit media through WebRTC, developers must exchange SDP containing information on build a live video chat app formats, packeting and other factors that specify on how the SDP sender will obtain video.

A TURN-server may be required in addition to an exchanging SDP. If the peer-to-peer connection is not being established, this server will pass the video traffic through.

Now, in case if you want to add a third participant to chat, or merely another viewer. The best experiment would be debates as two participants converse while others watch. Another one will be the chat for three or more participants.

Things get more complex when a third participant arrives and now each participant needs to capture and compress two video streams instead of one. It thus establishes mutual connections to overcome NAT. Here, the time required to launch a connection surges while the stability of this connection decreases. Two or more video streams compressed and sent concurrently generates a serious load to CPU and network, thus affecting the quality on mobile devices.

As mentioned above, there are servers and service APIs above the WebRTC APIs which can allow working with handier abstractions and also speed up development of video chats including Stream, Subscriber, Room, Publisher, and so on.

For instance, to create video chats, exchanging names of the streams is more than enough.

Illustration of a video chat in a web browser

To know how a streaming API works with Web Call Servers, here is a demonstration of WebRTC server for video chats and online broadcasts.

The video chat portray is demonstrated on the succeeding two screenshots. The first subscriber Mike perceives the video chat corresponding to this:

In this example a few instances happen:

As stated in the sample, developers built a video chat depending on the assumption that both Mike and Louis know each other’s stream names. They didn’t really used NAT, SDP, Peer Connection, TURN, etc.Consequently, video chats are being implemented by just passing names of the streams to the users who must play them.

It allows using any front-end or back-end technologies such as Bootstrap, React, Angular, PHP,  Jquery, Net, Java, and goes on. Embedding support for video chat and video streams does not affect the existing applications. You can control the video chat by simply allowing or denying the given subscribers to play the specific video streams.

Source code of the video chat in a browser

Let’s get into how a corresponding code appears to be as an HTML page with video chats comprises of two main div elements:

The arbitrary identifiers can be assign to this divs, for instance both div elements like id==”playbackVideo” or id ”captureVideo” must be present on the page.

Thus, HTML page with remoteVideo and localVideo blocks looks and let us examine the codes responsible for sending and playing the videos:

To send, developers should use the code session.createStream().publish() for the API method. For stream from webcam, developers specify the HTML div element that should play in the video captured, localVideo, and the video stream, so that any connected client that knows the name can play the stream.

For playing the stream from server, developers should specify the name of the stream that needs to play with the HTML div element, remoteVideo, displayed in the stream received by the server. Hence, use the session.createStream().play() for the API method.

The HTML page will receive various statuses from the server while working with it such as PLAYING or STOPPED for playback and PUBLISHING or UNPUBLISHED for publishing. Consequently, the basic thing developers need to work on a video chat is to place two div blocks on the web browser and consist of the corresponding scripts that will execute stream.publish() and stream.play() for the specified stream name.

To create video chats in a browser, developers must use Web SDKs that includes the flashphoner.js API scripts. For a full-featured Android application, developers must have to import the aar-file of the Android SDK to the project. To apprehend how this works, it is recommend building and executing the Streaming Min sample based on the Android SDK.

To do this, download all the examples and then download the SDK. After that, link the SDK to the aar-file to samples

Nevertheless, you will find a completely configured project in the export/output folder which you can open with Android Studio

After that, you just have to build the samples using gradle.

Therefore, developers will receive apk-files, which can be installed to the Android device. In this, developers can exchange the video streams with a browser.

In the Web version of the video chat, developers used HTML div elements for video, whereas on Android, they use renderers.

As it’s demonstrat on how to create a simple exchange of video streams between an HTML page in web browsers and Android applications. Video streams go through Web Call Servers which is both the signalling server and a video-audio proxy.

Web Call Server (WCS) is server software that can be install on Linux, whether be it a virtual server or dedicated server. It can manage video streams from browsers, iOS and Android devices as the WCS is a streaming video WebRTC server.

Developing a video chat between a web browser and android application deals with a lot of time-consuming tasks. Instead, you can buy the real-time communication product and own it completely.

Nevertheless, deciding on the right video chat platform might seem like a challenge, but with CONTUS MirrorFly, you will easily find the right tools and strategy that are tailor for you.

Get start with CONTUS Mirrorfly and enable your own video chat solution with customis features now! 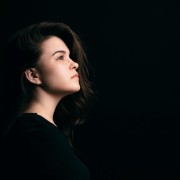