Hybrid mobile app development frameworks allow developers to create mobile apps using languages and tools they are already familiar with rather than learning entirely new ones.

As this article shows, it’s possible to find many different solutions in hybrid app development frameworks, but not all are equally worth your time or money.

We have included only the best hybrid mobile app development frameworks in our list, so you don’t have to go through the trouble of picking between the many choices out there on your own – just read what we have to say and pick your favorite.

There are many hybrid mobile app development frameworks, but React Native is making a name for itself. In fact, companies like Uber and Airbnb have been using it for years to build some of their most popular apps.

React Native allows developers to develop native apps without learning all of the ins and outs of various mobile operating systems; instead, you can code in JavaScript once and then run that code on Android, iOS, or Windows Phone.

The Framework also makes it easy to port apps between different platforms since they’re built with one base code. Additionally, learning once and writing anywhere makes hybrid app development more efficient overall.

It’s no wonder why so many top tech companies have adopted React Native as their go-to Framework for hybrid mobile app development—it offers everything they need at an affordable price point.

Google Flutter is one of those frameworks that has been around for a while now but recently came into prominence when Google announced that they would be using it to develop their applications on mobile devices.

This is not surprising since it was built specifically to aid app development on both Android and iOS with a unified codebase. For the top hybrid mobile app development company in India, it may be hard to see its practicality as you create your hybrid apps.

The Framework is open source, and you can use it to develop cross-platform apps for Android, iOS, and Fuchsia (with additional support from Xamarin). It also makes use of widgets that are used across multiple platforms. This means that developers will find themselves able to share common elements between all three platforms.

Microsoft made a big splash when it acquired the cross-platform development tool Xamarin. While Microsoft has since open-sourced Xamarin and added it to its other developer tools, such as Visual Studio, Xamarin stands out because it supports hybrid app development.

Microsoft made a big splash when it acquired the cross-platform development tool xamarin. While Microsoft has since open-sourced Xamarin and added It to its other developer tools, such as Visual Studio, Xamarin stands out because it supports hybrid app development.

In fact, Gartner predicted that by 2022, 50% of mobile developers would be using C# and .NET Core to build their apps—and that’s something Microsoft knows how to do well.

Ionic is one of the top hybrid app development frameworks for web developers. Ionic is a collection of frontend code designed to allow web developers to build and design beautiful, functional mobile apps.

Developers then add features like push notifications and share your new app on all major app stores.

Telerik’s NativeScript is a JavaScript framework for building cross-platform native mobile apps. NativeScript can be used for developing hybrid mobile apps by using either AngularJS or Vue.js as a frontend framework. Still, it also offers an alternative way of writing native apps using TypeScript and C#, among other languages.

For hybrid development, NativeScript uses Apache Cordova under the hood. The Framework also has its own set of UI components that you can use to build your app’s user interface.

The main advantage of NativeScript is that it allows you to develop native applications with a single codebase, which reduces costs and increases efficiency compared to developing two separate applications—one for iOS and one for Android.

The Universal Windows Platform (UWP) Community Toolkit is a collection of helper functions, custom controls, and app services. UWP components make it easy to build experiences that run consistently on every Windows 10 device.

Start with popular controls from previous versions of Visual Studio and then add new functionality to your apps. Some of these components can be built into an app package for sideloading onto a local device for testing or used as part of a web app deployed to Azure.

Microsoft’s Windows Template Studio is pretty hard to beat if you want to make Windows apps. If you’re familiar with Visual Studio, it’s pretty easy to get up and running with WTS. (Tip: Learn how to use Visual Studio first.)

But beyond that, there are plenty of options available for Android and iOS development. If you know where to look, they can be found online. For example, GitHub has a ton of open source templates you can use to jumpstart your app development efforts.

Electron is an open-source framework for creating cross-platform desktop applications with JavaScript, HTML, and CSS. As a framework built on Node.js, Electron uses JavaScript to render most of your application’s user interface (UI).

That means you don’t have to write Objective-C or Swift and compile native apps for macOS, Windows, and Linux from scratch. Instead, you can use web technologies already familiar to many developers.

The downside is that you may need additional help if your app needs to interact with hardware devices like USBs or Bluetooth peripherals.

The biggest benefit of Kite SDK is its ease of use, especially when compared with Xamarin and React Native. The learning curve is low due to its similarity with web technologies such as HTML5 and JavaScript.

There are two ways of integrating Kite into your project: one involves using it from a website; another uses Cordova plugins for packaging your project into an application for deployment onto various devices or virtual machines.

Embark Framework is an open-source, developer-friendly framework for Node.js, which helps you build web and mobile apps using React Native and Node.js.

It enables developers to build powerful applications using popular frameworks while making development more effective and efficient. Companies can use this hybrid app development framework to develop their apps rapidly without sacrificing quality or performance.

The core of Embark Framework is a JavaScript library called Embark Core that provides functions for managing a project and dependencies between packages/apps.

There are many benefits of using Embark Framework as it supports cross-platform native application development with shared code across all platforms. Other features include authentication services, SQLite support, testing modules, event listeners, and server handlers.

If you’re just getting started with hybrid app development, consider looking into some of these frameworks.

From web-based to native mobile development, there are many different options out there to choose from.

A quick Google search for the top 10 hybrid app development frameworks will reveal plenty of helpful information and resources. If we missed your favorite, let us know! 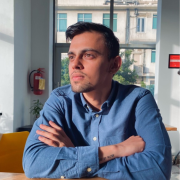